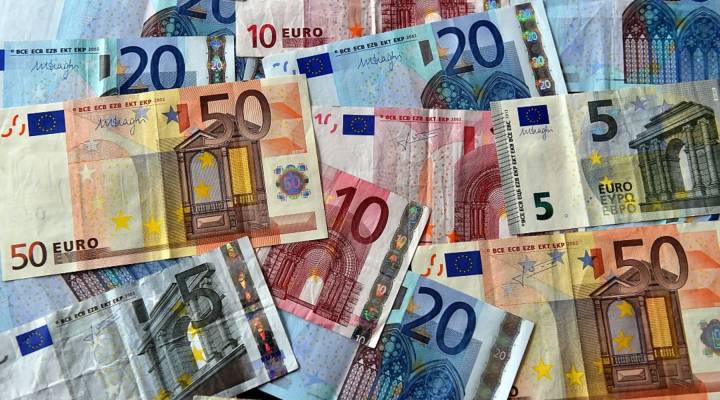 We’ve had some big leadership changes in the past year with the election of U.S. President Donald Trump and U.K. Prime Minister Theresa May. Now it’s France’s turn.

The country is set to elect a new president in May, and the winning candidate could determine whether France leaves the euro.

Sophie Pedder, Paris bureau chief for the Economist, joined Marketplace’s Mark Garrison to discuss the leading candidates and where they stand on various economic issues. The following transcript has been edited.

Mark Garrison: So how important is this race when we think in the context of the big picture impact across Europe and across the global economy?

Sophie Pedder: I think it’s hugely important because of the fact that Marine Le Pen on the far right is number one in the polls for first-round voting. That doesn’t mean she’ll necessarily win, but if she did, you’re talking about a candidate who wants to essentially break up the euro. And this has been sort of the pillar of stability on continental Europe at any rate. Just at a moment when actually there has been a little bit more of a kind of stable period for the single-currency zone in Europe — which is helping to bring back growth, albeit slowly — to start thinking now about breaking it up, the uncertainty that that would bring would be hugely destructive for the European economy and would bring a real moment of turbulence.

Garrison: So when we think about the leading candidates, we have the hard-liner Marine Le Pen; we have the center-right candidate Francois Fillon; and then this independent newcomer, Emmanuel Macron. What are the key differences in how they look at business, trade and economic policy?

Pedder: Those two candidates, the centrist and the center right, are actually fairly similar. I mean, they have quite a reformist program to different degrees. They want to loosen up the labor market. They want to bring down public spending, which is very high in France. Marine Le Pen has got an entirely different policy. I mean, in many ways, she’s a far-right candidate with a very left-wing economic program. And she has wanted to do things like bring down the retirement age and increase public spending in some areas. But really, the big plank of her economic policy is this idea that she’s going to revive the economy by pulling France out of the euro. And that would be a historic decision for the country if ever that were to come to it.

Garrison: Now we’ve seen surprises with the presidential election here in America and with the Brexit vote. Polls show this race to be tight. It’s not clear which candidates could make it into a likely runoff, but what outcome are investors in Europe betting on, and how confident are they in the polling we’re seeing so far?

Pedder: I think the markets have been very jittery about the possibility of Marine Le Pen winning. If you actually look at the procedure, it’s quite difficult for her to win, partly because you have two rounds. In the second round, there was a chance for everybody else to sort of gang up on her and eliminate her. But markets are not at all confident; we’ve been humbled so many times in the last year. Particularly in the bond market, there’s been some concern about a Marine Le Pen victory.