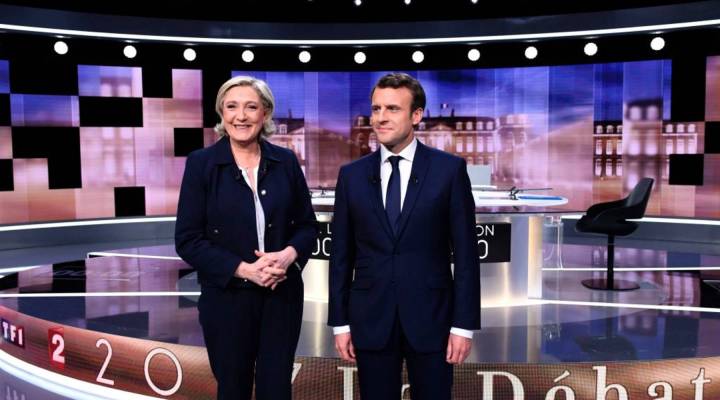 Emmanuel Macron is the clear favorite to win the second and final round of the French presidential election on Sunday. He enjoys a 20-point lead in the opinion polls over his rival, Marine Le Pen, and now appears unstoppable. The choice between the two candidates could not be starker: He is a centrist, pro-European Union and pro-globalization, while she is a far-right politician who is anti-EU, anti–immigration and is calling for protectionist measures to defend French companies and jobs against foreign competition. If Macron does win, it could mark the end of the populist bandwagon that rolled out last year with the election of President Trump in the U.S. and the vote for Brexit in the U.K.

Macron, 39, has pulled off an amazing feat: persuading his supporters that he’s an outsider. In fact, he was the Socialist government’s economy minister until a year ago, and as a product of the country’s top schools and as a former investment banker, he is a member of the now-hated French elite.

“That is the biggest problem he has faced in this campaign” said Douglas Yates of the American University in Paris. “But he has successfully dealt with it by pointing out that he was not born into wealth. He made his own way from a modest provincial background by passing competitive examinations, getting into the best schools and working his way up. He is part of the elite, but he’s part of the meritocratic elite.”

Nevertheless, with youth unemployment at 25 percent and resentment toward bankers still festering, Macron’s big opinion poll lead is extraordinary. The main reason for his comparative popularity, said Natalie Nougayrede, former editor of the newspaper Le Monde, is not who he is but who he is not. He is obviously not Marine Le Pen.

“Although there is so much disgruntlement, so many anxieties over globalization, so much concern about many other issues, I still think a majority of French people think that Le Pen  is a danger to democracy,” Nougayrede said. “They don’t want to see her get into the Elysee Palace.”

The European Union doesn’t want to see that either. Le Pen would like to pull France out of the euro and possibly out the EU as well, which would almost certainly spell the end of the bloc. But if the europhile Macron wins on Sunday, Yates believes it could revitalize the EU, which is currently battered by the crisis over debt, migration and Brexit.

“If Macron makes it to the Elysee Palace, and Martin Schulz, the Social Democrat leader in Germany, wins the German chancellorship in elections later this year, they could between them create a new Franco-German axis. That could give a new wind to the whole European project,” Yates said.

One European leader may not be celebrating if Macron wins the presidency, however.

“Because Macron believes in Europe, he’s going to say that Britain has to pay a heavy price for Brexit. So this would not be good news for Prime Minister Theresa May,” said Financial Times columnist Simon Kuper.

So Britain loses if Macron is voted into office on Sunday, and the EU wins. How the people of France will fare isn’t yet clear.