Today’s "According to a Recent Study" artist: John Roderick

Today’s "According to a Recent Study" artist: John Roderick

A while back, I started noticing how unavoidable the phrase “according to a recent study” was when it came to writing scripts for the show. It’s a phrase that I’ve always found lifeless, pedantic. It sounds a little too “tote bag” for me, which is the term I use when something becomes a cliche of public broadcasting. So I don’t like using it but there’s just no getting around it sometimes.

So we’ve mixed it up a bit. We’ve begun asking musician friends to contribute their original songs, using only the lyrics “According to a recent study”. On today’s show, the song is by John Roderick.

John’s a brilliant musician, twitterer, and human being. Listen for him in the show.

Here’s some more of John’s work that I think you’ll enjoy: 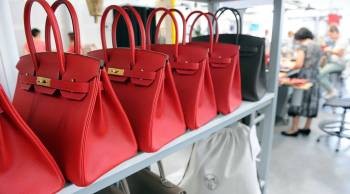 Women are spending months researching their next purse