As natural gas production increases with new technology, regulations and the markets stall efforts to sell the excess outside the U.S.

Stephan Richter of The Globalist offers his latest question, this time about the world’s largest producer of tobacco.

President Obama is expected to nominate Locke to represent the U.S. in Beijing. Locke would be the first Chinese-American to serve in the post, and has worked on trade with China before.

Oil prices declined for the first time in three days as members of the Organization of Petroleum Exporting Countries hold informal talks over pumping more oil into the global economy.

“Jane Eyre” has been adapted for the screen more than two dozen times. What makes it such a favorite story? 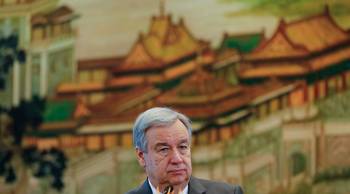