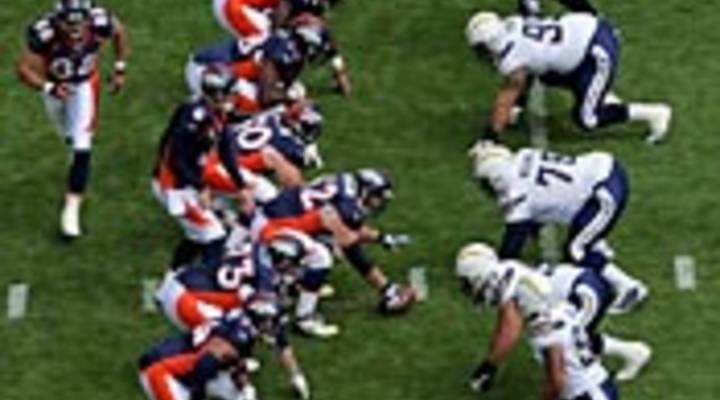 NFL players play up economic damage of a lockout

NFL players play up economic damage of a lockout

JEREMY HOBSON: The Super Bowl may be over, but there’s a big football showdown on the way between NFL team owners and players. The league’s collective bargaining agreement expires next month. And later today, the NFL Players Association will be warning about the economic effects of a lockout.

STACEY VANEK SMITH: The NFL brings a lot of money to a lot of different businesses. There’s billions in ad revenue at stake for TV networks, hundreds of millions in ticket sales.

Then there’s the merchandising. Take Electronic Arts’ wildly popular “Madden NFL” video games. EA’s scored more than $3 billion on the “Madden” game franchise, and a lockout would shut that down.

ROBERT BAUMANN: Every year, they’re putting out new video game that has all the updated players with their teams and their skill sets.

Robert Baumann is a sports economist at College of the Holy Cross. He says fantasy football would also get spiked, and that industry has become an online advertising mammoth.

BAUMANN: Depending on whose numbers you believe and what you want to count as a fantasy football dollar, you could be getting up into the billions, certainly.

An estimated $5 billion. But, Baumann says, the little guy would take the biggest hit. He says restaurants, hotels, parking lots and other small businesses that cater to football fans would bear the biggest economic loss of a football lockout.