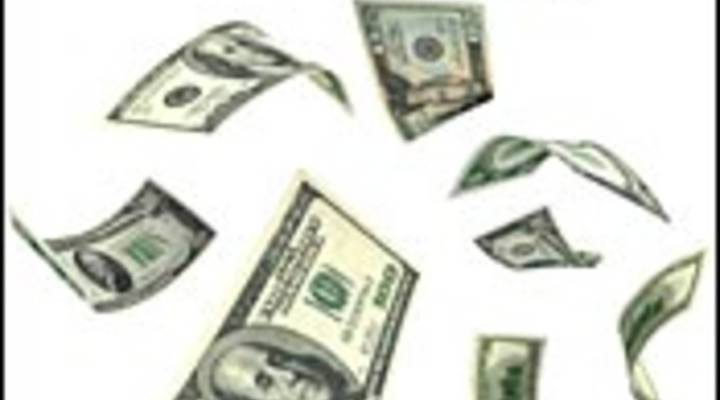 Fed is expected to help drop the value of the dollar, again

Fed is expected to help drop the value of the dollar, again

Kai Ryssdal: Just so we’re all clear, we know how the chairman of the Federal Reserve is going to vote tomorrow. Ben Bernanke’s is perhaps the least secret ballot ever. If he keeps with his earlier public pronouncements, tomorrow the Fed’s going to pick up where it left off in the darkest days of the financial crisis, plowing more cash into the economy in the hopes that’ll push interest rates lower, get consumers and companies spending.

And, oh by the way, help the dollar lose some value. They’re never going to say this flat out, but much of official economic Washington wants the dollar to be worth less. Only trouble is, pretty much everybody else wants their currency to be worth less too.

Stacey Vanek Smith: Tomorrow the Federal Reserve is expected to announce a new round of so-called Quantitative Easing. That’s when the Fed pours money into the economy. One effect of that move? The dollar loses value.

Scott Mather: It’s sort of turbo-charging the decline in the dollar if you will.

That’s Scott Mather. He’s in charge of global portfolios at investment giant PIMCO. He thinks the dollar’s value could drop by as much as 20 percent.

Mather: Quantitative Easing is a situation in which more currency is in effect just created out of thin air. Just for laws of supply and demand, if there’s more of something, the price may go down.

And that could be just what the doctor ordered for the U.S. economy, says Eswar Prasad, professor of international economics at Cornell.

Eswar Prasad: That would make our exports a lot more competitive abroad and it would make imports more expensive and certainly that will help job growth as well.

Sounds great, right? Which is the problem — everybody wants cheap currency now, and that’s not possible. Currency is relative; the dollar can only rise or fall compared to the Euro or the yen. The U.S. has been pushing other countries to let their currencies appreciate, but Prasad doubts that will happen.

Prasad: The Eurozone and Japan, which are the two big economies, are not exactly willing to let their currencies appreciate, because they too need exports and employment growth.

Soon after the Fed unveils its plan tomorrow, central banks in Europe and Asia will make their policy announcements too. Prasad predicts they’ll be taking their own steps to keep their currency cheap.