A happy ending for Random House

A happy ending for Random House

Finally a publisher wins a fight in the brave new world of e-books. Last month, literary agent Andrew Wylie struck a deal with Amazon to publish a handful of titles in e-book form. The titles included works by John Updike, Ralph Ellison, Nabokov.Â  Really important books.Â  But, Random House fought back by boycotting some of the new books by Wylie’s other clients, who include V.S. Naipaul, Dave Eggers, Salman Rushdie. Now, Wylie has dropped the Amazon deal in favor of an agreement with Random House.Â Â photo by Tony the Misfit

Amazon isn’t doing so bad, though.Â  They announced today the new Kindle is flying out the door. 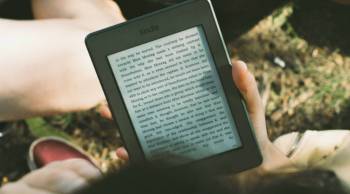