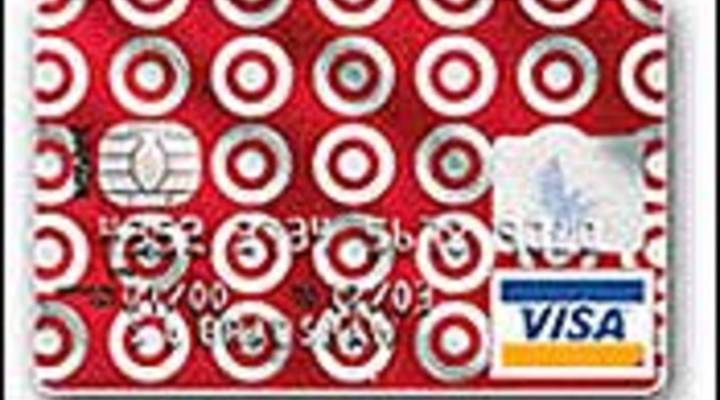 Kai Ryssdal: There were some doings in the world of plastic today. Visa announced it’s going to buy the online payment processing firm CyberSource for about $2 billion. The real target there though is PayPal, the 800-pound gorilla of online processors. Visa wants to do more business on the Web, and that is as good thing since it’s been dumped by one of its biggest real-world customers.

Target says it’s going to stop issuing Visa Target cards next week. Instead it’s going to issue its own cards that can be used only in its own stores. Marketplace’s Stacey Vanek-Smith explains.

CREDIT CARD PITCH: Would you like to save 15 percent on your purchase today by opening a credit card with us?

Stacey Vanek-Smith: It’s the pitch that launched half-a-billion store credit cards. And more than $140 billion worth of charges.

But store cards are about more than just charges says Nick Bourke. He heads up the Safe Credit Cards Project for the Pew Health Group.

NICK BOURKE: It’s part of a bigger strategy. It’s really about driving people to come into your store more often and to spend more money at your store.

It works. Target said customers who used store-brand credit cards spent more money at the store than customers who had Target Visas they could use anywhere. But enough about Target, Bourke says store cards are all about getting to know us.

BOURKE: They can tie together your purchase history with your in-store sales receipts, so they can learn more about what things you like to buy, what sort of profile you fit.

But what’s in it for us? Aside from the 15 percent discount, the cards have to be used in-store, and their interest rates tend to be high.

Ben Woolsey is with CreditCards.com. He says the credit crunch helped drive a lot of customers to store cards.

BEN WOOLSEY: Some of the major card issuers were cutting back on credit lines and closing accounts proactively. That actually created more interest for some of the private-label cards.

Woolsey says store cards are able to get around some of the strict new credit card regulations, so customers who have trouble getting a Visa or American Express card might still be able to get a store card.