The latest salvo in the guerrilla war that is the modern newspaper business is a zinger. It comes from Pulitzer Prize-winning automotive writer and Marketplace contributor Dan Neil. He’s leaving the Tribune-owned LA Times for a gig at the Wall Street Journal. But not without a couple of choice words for the Tribune’s ownership.

Neil sent a farewell email to his LA Times colleagues yesterday, with lots of love for the paper and his coworkers. But in one line, he captures the frustration of not only many journalists but probably other fed up Americans as well. Neil’s email was printed in LA
Observed. He describes joining the paper in 2002:

It was the beginning of the most wonderful professional experience of my life, the most fun, the most satisfying, the most intellectually challenging. This placed saved me. It made me.

It’s been a rough few years here, mainly because of the jackasses in Chicago who own us. To them I say, with as much gusto as I can muster in an email, fuck you.

Why the bridge-burning hostility? Oh, perhaps it’s because billionaire Sam Zell financed a good portion of his Tribune purchase by borrowing against the future of his employees’ pension plan. Neil is part of a class-action lawsuit over that.

Or it could be the Tribune’s Management Incentive Program, which has the bankrupt company handing out up to $45 million in bonuses to Tribune Company managers:

“There has never been a (Management Incentive Program) like this one: an unprecedented payout of millions of dollars to a smaller number of executives in a year in which employee salaries were frozen to ‘share the sacrifice’ and there was an historic low in operating cash flow,” the union said.

Or maybe it’s the way Zell treats his own employees. In this famous incident, Zell was taking questions from the staff at the Orlando Sentinel. Photographer Sara Fajardo asked him twice about fluffy news coverage, and Zell gave a reasonable answer — that he needs the paper to make enough money so it can cover both light and hard news. He even gets applause. But then he tells her…

What’s that saying? It starts at the top.

It seems the discourse of business has eroded right along with the economy.
But journalists have found other ways of expressing their angst about the changing times. A few reporters at Canada’s Globe and Mail have taken to singing about it. Their music video is here. Check it out. I can’t even say they should stick to their tenuous day jobs. They’re brilliant! 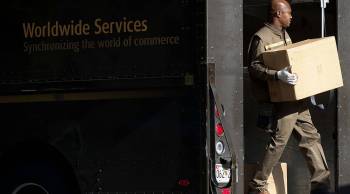