Auto industry revs up some optimism

Auto industry revs up some optimism

Bill Radke: And talking of Cadillacs, The North American International Auto Show opens in Detroit today. Early reports suggest we can expect a lot of small, fuel-efficient vehicles, a whole new focus on cars that actually run on alternative fuel sources, and as Marketplace’s Alisa Roth tells us, maybe even a little bit of optimism about the whole industry.

Alisa Roth: Last year, only 50 car makers came to the Detroit Auto Show. This year, there are 61. Not bad, considering how many car companies don’t exist anymore.

John Casesa is an auto analyst in New York. He says the Detroit show is a good barometer of the business.

John Casesa: My guess is that it will reflect the following: a very cautious optimism that the worst is over for the industry and specifically for the Detroit companies.

The show is a chance to check out the latest in car fashion. Here’s a hint: for the first time this year, there’s a whole section called “Electric Avenue.”

Casesa: They need to shift the conversation from financial problems, restructuring, the labor issues and remind potential consumers that they can make good cars.

But it’s hard to shift the conversation from money when nobody has any. In the good old days, the highlight of the Detroit show was an extravagant charity gala. Carmakers, suppliers and other companies would buy up big blocks of tickets for their employees.

Doug Fox is chairman of the show. He says that’s not happening anymore because companies just don’t have that kind of money.

Dough Fox: Anything that’s considered to be non-essential has been eliminated. It’s a circle the wagons mentality.

He says they’ve cut the price of tickets almost in half this year to encourage people to buy. Sales are still slow, but it’s better than last year when they couldn’t give the tickets away. 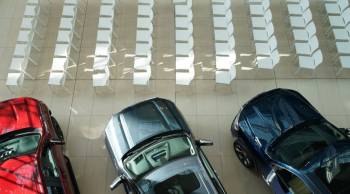