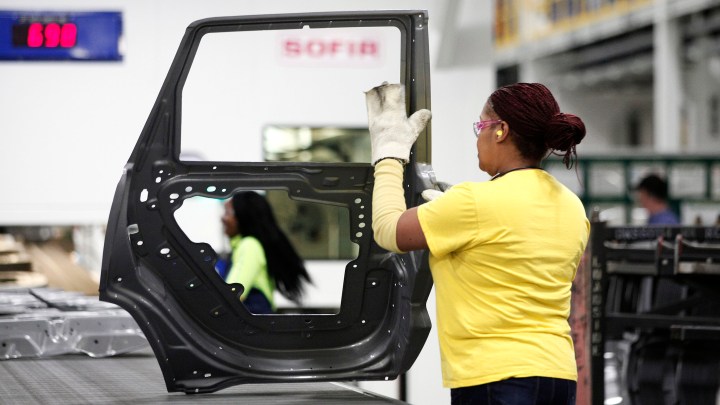 Negotiations begin Monday between the United Auto Workers and the “Big Three” Detroit automakers. They’ll be hammering out the details of a new four-year contract for union workers at Ford, General Motors and Fiat Chrysler. The talks come at a time of relative prosperity for the car-makers, but also looming uncertainty.

While automakers have enjoyed a decade of profitability, sales have slumped in recent months as they grapple with changing consumer tastes and advances in electric and autonomous vehicles. Kristin Dziczek, vice president of industry, labor and economics at the Center for Automotive Research, said they’ll want to stay nimble.

“They’d like as much of the compensation to the workers be in contingent pay, things like profit-sharing or lump sums, that could be cancelled if need be,” she said.

Auto-workers, often seen as a bellwether of the state of America’s middle class, are galvanized to make tough demands, according to Harley Shaiken, a labor economist at UC Berkeley.

“The talks are in Detroit but the stakes, I think, affect working Americans far more broadly,” Shaiken said.

When two of these three automakers went bankrupt during the recession, workers made concessions, foregoing wage increases for years and allowing more temporary and lower-paid workers.

“They sacrificed, they performed well, they were committed to rescuing these companies and they succeeded,” said Shaiken, who expects the companies to fight to regain ground they lost and secure their positions for the future.