3D comes to the living room

3D comes to the living room

Earlier today, ESPN announced that it would launch a 3D TV network, starting with the first World Cup soccer game in June. Not to be outdone, Discovery, Sony and Imax then announced their own 3D network. Excited yet?

The ESPN channel will broadcast at least 85 sporting events during its first year, but otherwise, the channel will stay black. The Discovery/Sony/Imax channel, on the other hand, sounds like it’ll be round-the-clock when it launches in 2011:

The new Discovery/Sony/IMAX 3D network will feature programming from genres that lend themselves to 3-D, including movies, natural history, space, exploration, adventure, engineering, science and technology and children’s programming from Discovery, Sony Pictures Entertainment, IMAX and other providers.

It’s no coincidence these announcements came this week. The Consumer Electronics Show kicks off in Vegas. And that’s where you’ll find the technology you need to actually be able to watch these channels. You’ll probably need a new TV set for one thing. And yes, those glasses. Yahoo Tech has the lowdown on Vizio’s latest models:

Of course, the hidden cost in many of the upcoming 3D TVs we’ll be seeing at CES lies with these battery-powered active shutter glasses. I haven’t heard any prices from the big TV manufacturers yet, but in the past I’ve heard figures that top out at about $100 a pop. So if you’ve got a family of five that wants to watch a movie in 3D on your new Vizio, well … you do the math. (For the record, Vizio hasn’t yet announced how much its active-shutter 3D glasses will cost.)

For now, it sounds like an awful lot of money to watch two channels, one of which will only broadcast a few hours a month. But as the channel offerings increase (I hear Directv might start a 3D tier soon), and the prices come down, I imagine there will be a nice little market for this. Most likely, it’ll stay a niche product, but remember when HDTV first came out?

If you stop and think about it for a second, it’s pretty amazing. Maybe next year, I’ll be blogging from my hovercraft above the 405. 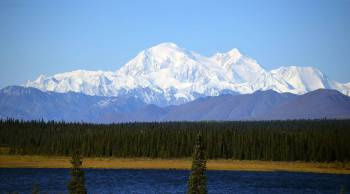