Steve Chiotakis: It’s a holiday today in China. The 60th anniversary since Chairman Mao and the communists took control. And yet today, China is beating the capitalists at their game. Our Shanghai correspondent Scott Tong joins us live. Hi, Scott.

Chiotakis: So I was reading this morning that China seems to be dominating the IPO market. Seems a little ironic, huh?

Tong: Well, China has done a pivot with regard to the global economy these last 60 years. What the communists did in 1949 is basically sealed off China from the global economy, kicked out the foreign bankers et cetera. But then in the late 70’s, China re-opened the door. And today, we’re in a world where China obviously matters to everyone. Today, the IMF said China will grow 8.5 percent this year. That’s faster than they forecast earlier. And more new cars are sold in China than anywhere else on the planet. And then we have this IPO boom, Steve. A lot happening.

Chiotakis: And does China have the most deals, or the most profitable investment banks?

Tong: Well, the answer is yes, however you want to slice it. In the last quarter, China had 38 percent of the number of IPOs in the world, and Chinese banks are number one and two in IPO volume, ahead of those Wall Street titans Morgan Stanley and Goldman Sachs. So you start to get an idea, yeah?

Chiotakis: Yeah. And why now?

Tong: Well, Chinese companies have been at the IPO starting gate for awhile now. They’ve been waiting for the investors to come back, they’ve been waiting for permission from Beijing to do that. This part of the world is also growing, it didn’t get whacked as hard by the global recession, so there’s a lot of growth activity here. And China’s still privatizing — lots of companies that historically have been state-owned are selling their ownership shares to private investors. So no lack of activity out this way, Steve.

Chiotakis: All right, Marketplace’s Scott Tong in Shanghai. Scott, thanks. 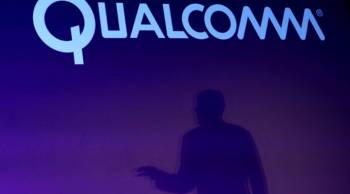 In a trade war, China has weapons in its arsenal beyond tariffs