No silver lining for small businesses

No silver lining for small businesses

Bill Radke: But if you think of the strength of our economy as its mom and pops,
I’m not sure you want to hear this morning’s news from the National Small Business Association. The NSBA represents companies with 13 employees on average. Reporter Mitchell Hartman at our Entrepreneurship Desk at Oregon Public Broadcasting says today, the group releases its mid-year survey.

Mitchell Hartman: Here’s what’s gotten worse since December: revenues, profits, number of employees on the payroll. And expectations for the next six months are down as well.

Todd McCracken is president of the National Small Business Association:

Todd McCracken: There doesn’t really seem to be a silver lining. Hahaha! There’s not much here at all that seems to me have gone the right way.

He tried to be a bit upbeat:

McCracken: The only, you know good news here is that the news is bad enough that it looks a whole lot like a bottom, and that maybe there’s nowhere to go but up.

Small-business owners list trouble with financing as one of their biggest challenges going forward. Two-thirds have seen interest rates or other terms worsen on their credit cards. More than a third had their credit lines or limits cut.

McCracken: There was a lot of talk earlier in the year about stimulus and improving lending, but for a whole host of reasons a lot of that hasn’t gotten through the pipeline to them yet.

Only 3 percent of small-business owners say they’ve seen a positive impact from the economic stimulus package so far. 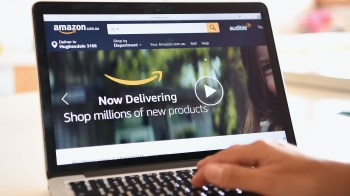