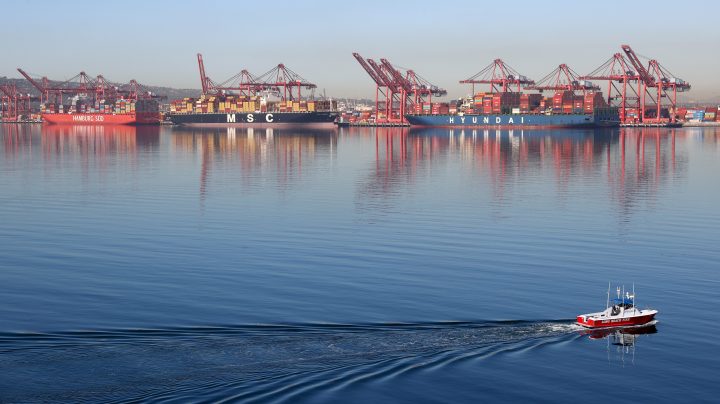 Gross domestic product shrank by 1.4% in the first quarter of the year, hindered by two major parts of the equation — inventories and net exports.

There’s been a surge of imports recently, while the U.S. has been selling less to foreign economies. But on the bright side, supply chain snags are easing up a little.

“What you’re really seeing when you have a big, growing trade deficit is that we’re spending more on the things that we buy from abroad,” said Columbia political economist Sharyn O’Halloran.

There’s good news and bad news in this widening trade gap. The import increase signals that freight backups at U.S. ports are being worked through, according to Dean Baker, senior economist at the Center for Economic and Policy Research.

“You have all those ships — they are being offloaded in larger numbers. So we should be seeing fewer supply chain problems in the future,” Baker said.

The bad news: We’re selling less to foreign customers. COVID-19 lockdowns in China and Russia’s war in Ukraine are slowing global growth, according to Joel Kan at the Mortgage Bankers Association.

“The export number declined for the first time in a while. And that was likely driven by a slip in global demand,” Kan said.

Plus the U.S. dollar has strengthened, making U.S. goods less affordable abroad. That could hurt the economy in time, said Curt Long, chief economist at the National Association of Federally-Insured Credit Unions.

“The export-oriented manufacturing sector — I worry that some of the weakness in global demand is going to kind of wash back and potentially reduce labor demand for those employers,” Long said, which could possibly lead to a slower jobs recovery, or even layoffs, at U.S. factories.