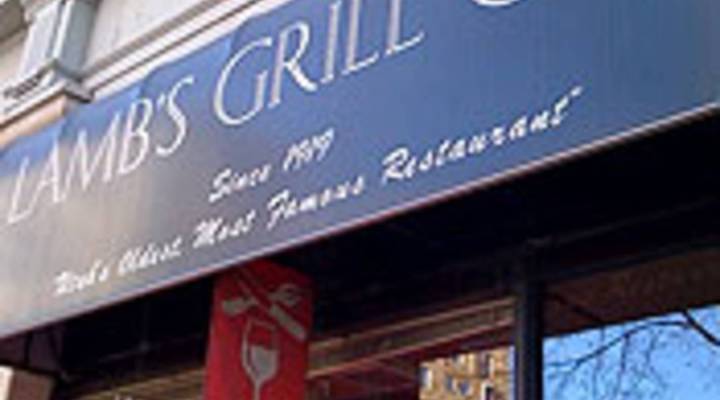 On the road again with Tess and Amy

On the road again with Tess and Amy

Kai Ryssdal: Six months ago this economy was in a different place and so, in a manner of speaking, were we. Last October we sent Tess Vigeland and Amy Scott out to answer this question: Had Wall Street helped set this country on the Road to Ruin?

So now with a hint of economic recovery in the air, we thought it would be interesting to see what people might be saying out there now. So Tess and Amy are off on another excellent adventure. Amy, where’d we track you down?

AMY SCOTT: Well, I’m in lovely Charlotte, N.C., where it’s a little gray today but the dogwoods are blooming and spring has definitely arrived. You may recall I started the road trip here last fall because of all the turmoil in the banking industry. But this morning I had coffee with a group of seniors who get together every morning after church and talk about the economy and the stock market. And I’ll have more on how they’re doing on the show tomorrow.

Ryssdal: Perfect. And Tess, where are you?

TESS VIGELAND: I’m in Salt Lake City, Kai, where there is still snow in the mountains. And so far, Salt Lake City doesn’t seem to be getting as big a hit as perhaps some of the places that Amy is visiting on her trip.

Ryssdal: Amy, when we sent you out last fall we wanted you to look at a bunch of different things, one of which was unemployment. How is what you’re seeing now compared to what it was like back last fall?

SCOTT: Well, when I was here last the national unemployment rate was 6.5 percent. The economy was already well into a recession, though we didn’t know it yet. Now, of course, we’re at 8.5 percent. And it’s much worse here in Charlotte. The March figures aren’t out yet. But in February the Charlotte area’s unemployment rate was close to 12 percent. A lot of that is manufacturing and construction jobs. And of course the banking sector. So the recession has definitely settled in here since I passed through six months ago.

Ryssdal: Tess the stock market is not obviously a great economic indicator, but it is one of those things people look at. It stands today, the Dow does, at 7,900, 8,000, something like that. Remind us where it was last fall when you were on the road.

VIGELAND: Yeah, you know, Kai, the big worry at that time was that the Dow had dropped to 11,000.

Ryssdal: Tess, do me a favor, put Salt Lake in context today versus last fall.

VIGELAND: Well, on October 2 of last year, I visited Lamb’s Grill, which is the power breakfast and lunch spot downtown. And at that time I asked owner John Speros how his customers were faring in the early days of the downturn.

JOHN SPEROS: I don’t know. I’m always too busy to listen to what my customers are saying. But as far as this restaurant goes, I mean, we’re actually having a record year.

VIGELAND: And in fact, Kai, I visited Speros just this morning. And it turns out that’s exactly what happened. They finished with a record year last year. And the first three months of this year, as they celebrate the restaurant’s 90th anniversary, the first months of ’09 have been in his words huge.

SPEROS: Now, I don’t understand it. We have some days that are very spotty with regard to business. But we have continued on a pace that has been quite remarkable in spite of all the things that are going on, and I’d to think that some of that again is because we’re priced fairly reasonable and people can afford to come where they can’t go maybe other places.

VIGELAND: Now this was one of those kinda spotty mornings that he mentioned: very quiet, maybe 3 to 4 people at about 8:30. But, apparently, that’s not typical. And remember, this is a restaurant that survived the Depression. The city certainly isn’t hurting like some other places in this country. But unemployment is up to more than 5 percent and saw a big jump in the first couple of months of this year. But as you know, as Amy mentioned, the national rate is now 8.5 percent.

Ryssdal: Tess Vigeland in Salt Lake City for us today. Amy Scott in Charlotte, N.C. Before I let you go guys, Tess where are you going next?

VIGELAND: Kai, I’ll be heading to Lincoln, Neb., to have dinner again with the Landis-McKibbin family.

Ryssdal: Always on the move, Tess. And Amy where are you?

SCOTT: I’m heading to Youngstown, Ohio, which has the highest unemployment in that state at 13.7 percent in February. When I was there last fall locals were hoping the new Chevy Cruze being built nearby would help boost the economy but of course, a lot has changed in the auto industry since then. So I’ll be checking in on where things stand there.

Ryssdal: A lot has. We’ll be hearing from you guys all this week on the program. Thanks a lot.