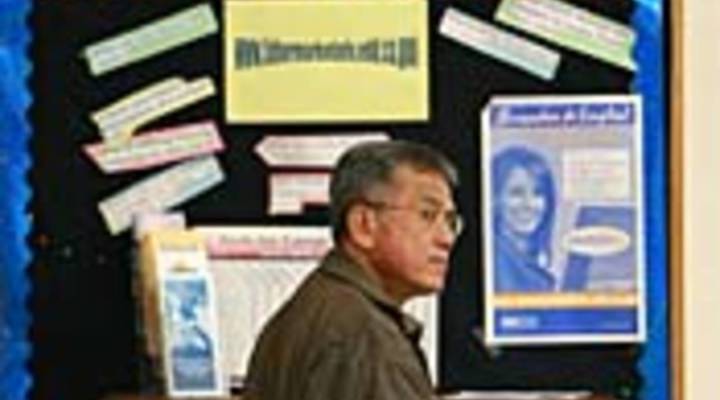 Tess Vigeland: Of the millions of Americans who are out of work, you might be surprised to find out that not all of them are eligible for unemployment benefits. And depending on which state you live in, the benefits you do receive could be enough to tide you over. Or it could be a few bucks a week.

Christine Vestal is a writer covering unemployment for with the online news site Stateline.org. Chris, how different are the rules for unemployment benefits?

Christine Vestal: They vary for certain types of workers. If you’re looking for a part-time job — you could only work part-time or you’ve decided that that’s the best thing for you and your family — about half the states won’t let you collect benefits. And that’s not becaues you worked part-time, but because you’re only seeking part-time work. So that’s one issue. Another issue is if your work is sporatic, or if you just got your first job, or you’d been out for a while and then you got a job and you were laid off, they won’t count the most recent earnings. So, lets say you got a job right out of college and it only lasted three, four months, you may not qualify because they want to look back farther than six months, typically.

Vigeland: But if you work, you’re paying taxes toward unemployment benefits. So, how can you not be eligible for them if you lose your job?

Vestal: Well, that’s what proponents of a new bill that’s part of the stimulus package are saying: If you’ve worked and your employers contributed for you, you ought to be able to get the benefits. And this sort of technicality in the laws in many states is preventing an estimated 500,000 workers from getting benefits.

Vigeland: What about the amount of benefit? I was looking at some of these figures, and it’s really dependant on where you are, you can get a huge variety on what your actual payout is on unemployment.

Vestal: That’s right. It varies at the low end and the high end. Hawaii has the lowest weekly check, $5.

Vestal: $5 a week. But, at the same time, you only need to have made $130 in the previous year to qualify. So that salary at which you can then receive benefits is different in different states. North Carolina, the minimum salary that you can make for a year and qualify is $4,113. That’s the highest.

Vigeland: And what about the benefits themselves? Who’s the best, who’s the worst?

Vigeland: So is there anything that folks can do if they’re either fearing a layoff or have just been laid off, to know right away what their benefits are going to be? How they’re eligible?

Vigeland: So you can go unemployment and insurance shopping?

Vestal: You can and you should. You really should. Some regions where there are a lot of people living in one state and working in another state, you know, have tried to smooth out the minimum and the maximum. But other regions, there are great differences.

Vigeland: So, do your research.

Vestal: Do your research. Yes.

Vigeland: Good advice. Christine Vestal is a staff writer for Stateline.org, a project of the Pew Center on the states. Thanks so much.