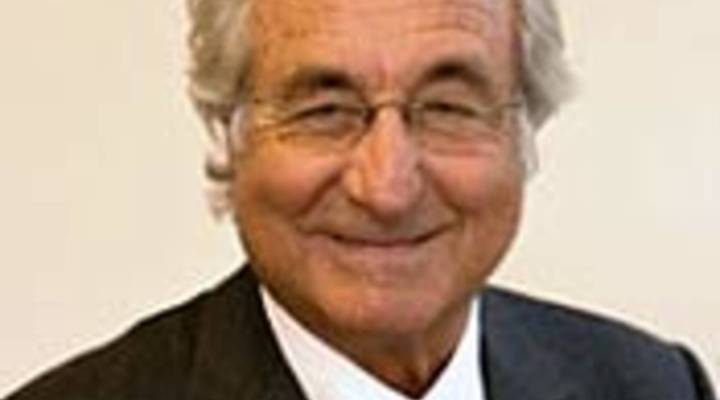 How to steer clear of Ponzi schemes

How to steer clear of Ponzi schemes

Tess Vigeland: Imagine your life savings wiped out in an instant. Or your favorite charity forced to close its doors because endowment money vaporized. That happened all over the country this week as investors in Bernard L. Madoff Investment Securities scrambled to assess their exposure to his alleged $50 billion Ponzi scheme. So many people — smart people — were duped for years, that you gotta wonder how you’re supposed to avoid the same fate? Marketplace’s Mitchell Hartman is here with some pointers.
Hi Mitchell.

Vigeland: So, is there a way to identify a Ponzi scheme, up front?

Hartman: Besides it being named Ponzi incorporated, right?

Vigeland: Right. Or now Madoff incorporated, I suppose would be a clue as well.

Hartman: Right. And of course one of the things to notice is they often sound like legitimate business, but there are a few characteristics of Ponzi schemes that are very obvious and identifiable if you step back and from actually hoping to make money on them and look at them sort of square in the eye. Number one, they promise very high returns and very regular returns ? sometimes 25 percent over 90 days and 40 percent over a year ? and they keep delivering those returns in good times and bad, or at least they tell you you’ve earned your money on paper and almost no investment delivers so reliably.

Vigeland: Well we’re talking about timelines of 90 days, maybe six months, maybe a year, but this Madoff alleged Ponzi scheme went on for years, and years, and years. How was it different?

Hartman: In some ways, you know, at its core, the mathematics of it probably weren’t all that different from any Ponzi scheme. I’m kind of thinking of this as sort of Ponzi 2.0 or Ponzi on steroids. It was very sophisticated, you know ? multiple sets of books, trades not being done here but being done in Europe allegedly, people getting statements that were sort of hard to read but really indicated that trading was going on ? and that does make it presumably harder, even if you’re very savvy, to see what may be underlying it.

Vigeland: Well, then let me pose a question that came in from a listener this week. I really think it’s the question out of this case, which is, if folks involved on Wall Street can’t figure out the validity of an investment ? its regulators can’t figure it out ? what possible chance do the rest of us have?

Hartman: Well, an investor should ask themselves: is this so good that it’s probably too good to be true? And if it seems as if it is, there well may be something wrong.

Vigeland: And that’s a lot of the red flags that you already talked about.

Hartman: Right, exactly ? the guaranteed returns, the very high returns. But if you can’t understand or don’t know what the strategy is, it’s best to stay away from it. Let the people who think they understand it risk their money on it. And finally, don’t invest with someone who doesn’t have a proven track record, a name that’s known, and especially, books that are open to the proper regulatory authorities to look to see if that assets are really there, that they’re really being traded and that the returns that are being reported are really happening.

Vigeland: Alright. Marketplace’s Mitchell Hartman, thanks so much.