Have you ever watched the crime show “CSI”? The forensic scientist, flashlight in hand, combs every inch of the murder scene for clues.

Forensic accountants do the same kind of work — but in the financial world. They investigate crimes like money laundering, fraud and tax evasion.

“We’re like the accounting pathologists,” said Dawn Brolin, CEO of Powerful Accounting. “We come in and we will tell the story of how the crime happened.” The incriminating evidence comes from bank statements and ledgers. “Because numbers tell a story,” Brolin said. “Transactions tell a story.”

Every transaction is a potential clue.

Say Brolin gets a call. A big company suspects one of its executives is embezzling money, but doesn’t have the proof. Brolin heads straight for the travel account, where it’s easy to hide small transactions, like a few plane tickets to the islands where the company does business. But for five people? On the same day?

People leave bread crumbs everywhere, no matter how sophisticated the crime. Take the Bernie Madoff investigation by the federal government in 2009.

“What’s so interesting about Madoff is how simple it really was,” said Casey Evans, an accounting professor at American University who worked on the case. Simple, considering that Madoff had been successfully running a massive Ponzi scheme for 20 years. He’d stolen billions from clients whose investments he was managing.

“Everything was fake,” she said. “None of the transactions that he claimed to have done were real.”

But his firm backdated the fake stock trades to make them look real — and then kept track of the fraud on Post-its.

“It was those little Post-it notes that really helped us figure out everything that was going on,” Evans said.

This kind of paper trail was crucial in last month’s trial of President Donald Trump’s former campaign chairman, Paul Manafort. Manafort was convicted on eight charges of bank and tax fraud, thanks in part to the testimony of a forensic accountant working for the FBI.

Forensic accountants deal with a lot of white-collar crime. But they’ve also been crucial to bringing down drug traffickers and mob bosses.

James Olson was a forensic accountant for the IRS for decades. Actually, he was a special agent with a gun and a badge.

He worked in Las Vegas alongside agents from the Drug Enforcement Administration and the FBI. Those agencies would catch “the people driving up the highway with 10 kilos of cocaine hidden in their gas tank,” Olson said. “That’s not the leader of the organization. That’s somebody pretty low down.”

But you need that guy to lead you to the drug kingpin, he said. And then you need the accountants.

“If we can now show that this individual, you know, his net worth increased by five or $10 million a year, he was also involved in structuring of the money into bank accounts, you know, that type of evidence starts to become pretty devastating,” Olson said.

So, yeah, forensic accounting can be exciting. And sometimes it can be hard to leave the job at the office.

Evans, the Madoff investigator, has a young son.

“I’ll ask him a question, and I’ll know what he told me, based on his verbal and nonverbal communication, is not the truthful answer,” she said. “And I’ll just be like, ‘Let me give you one more time to answer me honestly.’ He’s like, ‘All right, I didn’t wash my hands, fine.’”

The big business of true crime 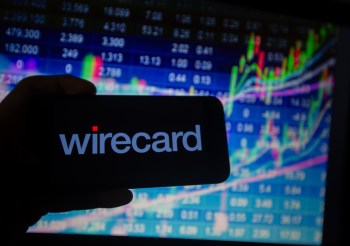