Kai Ryssdal: We’ve been asking a fairly specific question the past couple of weeks. What are you doing? You and everybody else who’s been affected by what’s happening in the economy. Today we hear from someone whose job it is to track just that.

Ryan Brecht: My name is Ryan Brecht. I work as an economist for Action Economics, forecasting economic data for the U.S.

There’s a combination of more work professionally, considerably more fast-paced than it has been in the past. I spend my entire day watching these things, and so when I go home I find it’s useful not to think about it.

But ultimately you do think about it. Given my job, I of course see the year-over-year changes in food prices. And so I know that the prices are higher. On a week to week basis you notice it a little bit. But when you come to the end of the month and you add up how much you spend on food, you realize actually it’s quite a bit higher. Now we watch that pretty closely because it does add up.

There has been a tendency, in some interviews I’ve seen with economists, for them to come off as purely concerned with gyrations of supply and demand curves. You do tend to think in terms of numbers initially, but you always do think about — especially when you see the unemployment report — you know these huge job losses. Those are all people that’ve lost their jobs. It’s kind of hard not to think about all these households that are going to be affected because someone lost a job.

Ryssdal: Ryan Brecht is a forecaster with Action Economics in San Francisco. 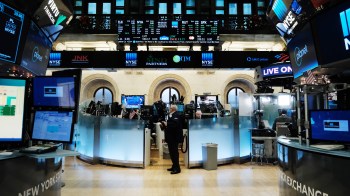