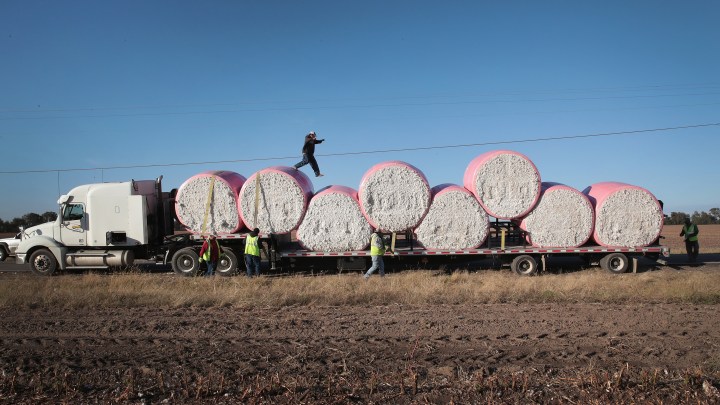 Over the past few years, there has been one economic shock after another contributing to inflation. Supply chain problems, Russia’s war in Ukraine, lockdowns in China, and we can add another: climate change. Extreme weather events caused by climate change are wreaking havoc on cotton harvests in some top producing countries. In the U.S., yields are expected to drop nearly 30% this year. That could cause prices to surge.

The bulk of our domestic cotton supply comes from Texas, where most cotton farmers depend on rainfall, not irrigation.

“It has to rain at planting time for the seeds to emerge, it has to rain during the growing season,” said John Robinson, an agricultural economist at Texas A&M.

And that’s a gamble lately, with the Southwest experiencing an historic mega-drought. This year, cotton farmers there are abandoning millions of parched acres, Robinson said. “They planted it and it never came out of the ground because there just wasn’t enough moisture.”

Brazil’s crop is also being hit by drought conditions and extreme heat. In India and Pakistan, extreme rainfall and pests are cutting into the harvest.

Andy Ryan, who watches the industry for hEDGEpoint Global Markets, said prices spiked to near historic levels earlier this year and now, with global supplies dwindling, they could still go higher. Ryan said that’s a headache for manufacturers of everything from clothing and bedsheets to diapers.