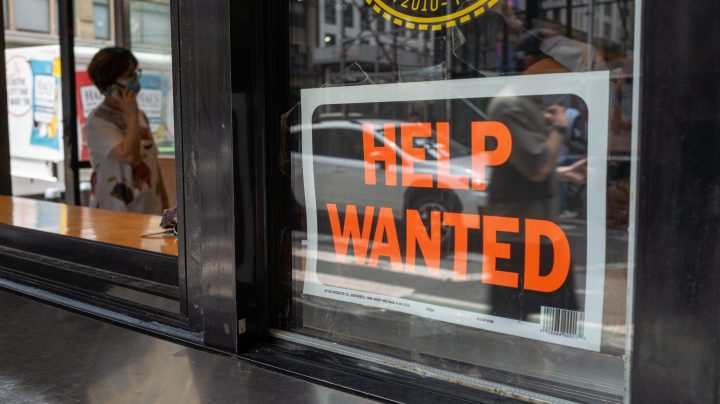 It’s a big week for jobs data. We’ve got the monthly national employment report coming out Friday, and Tuesday, the Job Openings and Labor Turnover Survey, affectionately known as JOLTS, was released. The report shows — among other things — that job openings increased in July to 11.2 million. That was not exactly what economists were expecting, given some of the other stuff going on in the economy.

Aside from the surprise jump in job openings, this JOLTS report doesn’t look all that remarkable, said Kate Bahn, chief economist at the Washington Center for Equitable Growth. The number of workers who quit, were hired or were laid off didn’t change all that much.

“So I think we’re seeing it’s more of the same,” Bahn said.

But more of the same is not really what the Federal Reserve has been going for. The central bank has been trying to cool down the economy with interest rate hikes.

So, wait, a persistently hot job market is bad?

“It is absolutely reasonable to be confused,” said Betsey Stevenson, an economist at the University of Michigan.

Of course, more jobs are good for workers, she said.

“It has been a time of unprecedented opportunity for people to find the right job for them,” Stevenson said.

But when workers have a lot of options, that can drive up wages, which can drive up prices, then wages, then prices — a phenomenon called a wage-price spiral.

That’s what the Fed is trying to avoid, said Mark Hamrick, senior economic analyst for Bankrate.

“This suggests that interest rates could be going higher from here,” he said, which raises the risk of a recession.

Hamrick said the Fed will be watching the monthly employment report closely this week for signs that the labor market is balancing out, like, if more people joined the workforce to help fill all those open jobs. That would ease wage pressures.

Despite many positive indicators, there is evidence workers are already feeling more pessimistic and lessening their demands, said Julia Pollak, chief economist at the job site ZipRecruiter, which regularly surveys job-seekers.

She said respondents have become more likely to accept the first job offer they get and less likely to negotiate the salary. They’ve also become increasingly worried that employers could rescind a job offer, as Twitter, Redfin and Coinbase have done in recent months.

“People are feeling kind of gloomy. Sentiment is very fragile across the economy,” said Pollak. 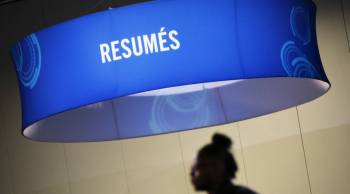