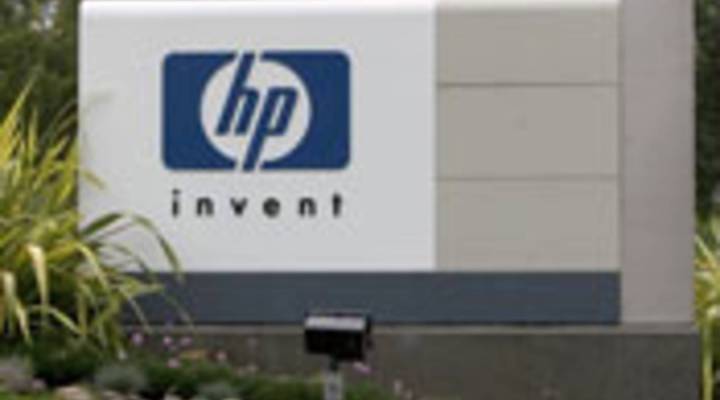 Kai Ryssdal:
How many times over the past month or two have you heard me say profits at this company or that failed to meet expectations?
Today Hewlett Packard announced fourth-quarter profits actually beat expectations.
And even more stunning, the company says the future looks good.
Marketplace’s Stacey Vanek Smith reports, nowadays, a little good news goes a long way.

Stacey Vanek-Smith:
Hewlett Packard’s fourth-quarter earnings were up nearly 20 percent from last year. Yeah, last year. When the stock market hit an all time high and most of us couldn’t spend fast enough. How did the world’s largest computer company do it? Diversity, says Bill Kreher, a tech analyst with Edward Jones. He says HP has made itself a one-stop shop for businesses.

Bill Kreher: If you’re an enterprise, you can work with Hewlett Packard not only on your PC business, but also your server business, your printer business and IT services business.

HP’s strong quarter and its bullish outlook for 2009 send an important signal to Wall Street at a time when other tech companies are struggling. The economic crisis has hammered sales at Intel, Cisco and Dell. Jack Ablin is chief investment officer for Harris Private bank in Chicago. He says HP is an important bellwether.

Jack Ablin: HP is situated at the crossroads of both consumers and businesses, and to have great news come out of a company like that is finally some good news in this desert of ugliness.

Investors were thirsty for that good news. HP shares hit a six-year high today and the entire tech sector got a boost. Ablin says that’s because HP’s results also hint at something else.

Ablin: My sense is that maybe the one surprise next year is going to be business spending and tech is a beneficiary of that.

Ablin points out that before the economy fell apart, businesses were sitting on mountains of cash.

Ablin: Going into this downturn, companies were armed with one of the most bullet-proof balance sheets that we’ve had in decades. They enjoyed double-digit profit margins for 20 consecutive quarters.

Ablin says, whereas consumer spending has gotten us out of the last couple economic downturns, business spending may be what pulls us out of this one.