Kai Ryssdal: The thing about this credit crisis is that it reaches out and touches you, sometimes without you even knowing. For instance, I don’t think many of you ever went out and actually bought yourself a collateralized debt obligation. But chances are your bank did. And your retirement money’s probably tied up in ’em through mutual funds. Yet here we are a year and a half into this crisis, and it seems people don’t understand what CDOs are. Much less how they work. So for today’s explainer, we turn to one of Marketplace’s most brilliant economic minds.

Rico Gagliano: Ha ha, Kai, very funny. I’m reporter Rico Gagliano and like most Americans, as of a week ago, I’d never even heard of these . . . [sign] what are they called again?

Gagliano: That’s Marketplace Senior Editor Paddy Hirsch. Now he knows CDOs. He’s been reporting on ’em for years. In fact, to prepare me for this story, he gave me a simple, elegant lesson explaining the things. So to save myself some effort (and before he has a chance to copyright it), I present, in audio form, Paddy’s …

Gagliano: OK, so a CDO is an investment that works kind of like a champagne bottle. An investment bank creates the bottle and fills it up. With what? Mike Hatley manages CDOs at Westgate Horizons Advisors.

Mike Hatley: High yield bonds can be the collateral in there. You could have aircraft loans, credit card loans, lots of different things, as long as they pay interest on some sort of monthly or quarterly basis.

Gagliano: The interest goes to the CDO’s investors; it’s how they make money. Now during the housing boom, the banks got a great idea. They’d create lots of CDO’s, and fill them with . . .?

Hatley: Uh, those were based on the subprime mortgage-backed securities.

Gagliano: [scary movie music] That’s right: investors were betting big on the modern equivalent of a witch’s curse: subprime mortgages. So you know this isn’t gonna end happily. At the time, though, it was awesome. Almost all homeowners made payments on their subprimes, with interest. And you can think of that interest money as the foam in the CDO champagne bottle. [sound of a cork popping] The foam popped out the top [sound of cheers] And flowed to happy, happy investors. Now, explaining how the investors divvied up that cash requires yet another metaphor. Ladies and gentleman, Paddy Hirsch.

Gagliano: The glasses are the CDO investors. Those at the top of the pyramid get filled with interest foam first. Actually that sentence sounds kinda disgusting, so I’m gonna rephrase it: they get paid first. Lower-tier investors get paid, only if there’s enough interest to trickle down that far. In return for their risk, those investors get bigger returns. And during the housing boom, CDO investors got nice and drunk off subprimes. Interest flowed all the way to the bottom of the investor pyramid. Then the bust happened. Subprime loans started defaulting. So there’s less and less interest bubbling out of the CDO champagne bottles.

Hirsch: Which means that only maybe the top two or three layers are gonna get filled, and that bottom layer of glasses, well, they’re fresh out of luck; no champagne for them.

Gagliano: That’d be bad enough. But it gets worse. See, during the boom, that bottom layer of glasses was full? And the owners recycled the champagne. they poured it into new bottles, which were supposed to fill whole new pyramids of glasses. These secondary CDO’s were now full of risky securities, based on the riskiest kind of mortgage. It wasn’t champagne — more like Mad Dog 20/20. But investors didn’t know it, because ratings agencies didn’t label this stuff as risky. Now, says Westgate’s Mike Hatley, there’s hell to pay.<.p>

Gagliano: How much money is tied up in these secondary CDO’s?

Hatley: Hundreds of billions of dollars. I’ve seen some predictions that the ones that were done based on subprime mortgages in the year 2006 and 2007 will default. Every single one. Even the ones that were originally rated Triple-A.

Gagliano So investors are out tons of money. They no longer trust Collateralized DDbt Obligations, even ones that aren’t filled with mortgage debt. They don’t trust rating agencies. And we could all . . . [sound of cork popping] use a drink. 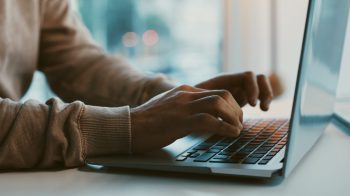 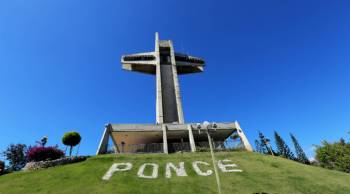