Tess Vigeland: If you’ve been hit with sticker shock at the grocery store, chew on this: food prices are expected to rise another 5 percent this year.

Today, we continue our look at the global food crisis — a series called “Food Fight.”

No doubt you’ve already heard some of the reasons behind the high prices: countries like China and India starting to consume as much as we do, a drought in Australia leading to a worldwide run on rice.

Marketplace’s Jill Barshay reports on institutional investors who are earning more for their retirees while inadvertently contributing to higher food costs.

Jill Barshay: Pension funds and commodity markets are a bit like princes and porters: they inhabit the same world, but they don’t have much to do with each other — or that’s the way it used to be.

Recently, princely pensions funds, who usually buy stocks and bonds, began poking their noses in the pits — the commodities pits, that is.

Alan Van Noord: No, we don’t personally do that, but our managers would go down to the pits and trade on occasion. They’re actually buying wheat futures contracts, livestock contracts…

Van Noord: Well, we were looking for something that when stocks went down, another asset class would go up and commodities, we thought, fit that bill pretty well. We had a very good year last year. Our commodities were up about 27 percent or so.

The Pennsylvania pension is just one of the dozens of endowments, foundations and funds that have invested $180 billion in commodities. Similar funds like the California Public Employee Retirement System have helped to quadruple this number over the last four years.

Kristin Powers is an associate professor at California State University Long Beach. She says she’ll qualify for a CalPERS pension in 30 years, but she worries all this pension money could drive up the price of things like flour and rice.

Kristin Powers: What would concern me is if people around the world who are not middle class actually would not be able to feed their children. If by investing in commodities, it results shortage of affordable food for people in developing countries, that would be a big concern for me.

While Powers worries that pension money could skew the commodities market, others fear commodities could skew pension fund returns. Keith Black is a commodity specialist at Ennis Knupp, a consulting firm that advises pension funds. He says surprises like the weather can whipsaw markets and introduce sharp ups and downs into investment portfolios.

Keith Black: Commodities themselves can be extremely volatile. You have the ability to have significant price declines because this has been a volatile asset class, returning 30 percent a year over the last two or three years.

Black recently co-wrote a study advising pension funds against a stampede into commodities. The risks are even greater for individuals. Black says investors who buy commodities on the spot market have done worse than keeping their money in cash.

Black: Just because pensions are increasing their allocations to commodity markets doesn’t mean that it’s appropriate for all retail investors to do that in their own retirement accounts.

Indeed, even those pension managers who’ve already jumped into commodities are getting cautious. They’re worried prices could tumble from their current heights. Van Noord of the Pennsylvania pension has temporarily stopped adding fresh cash to his commodity portfolio, even though his board approved another $850 million. 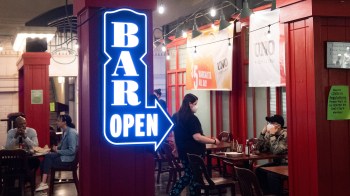