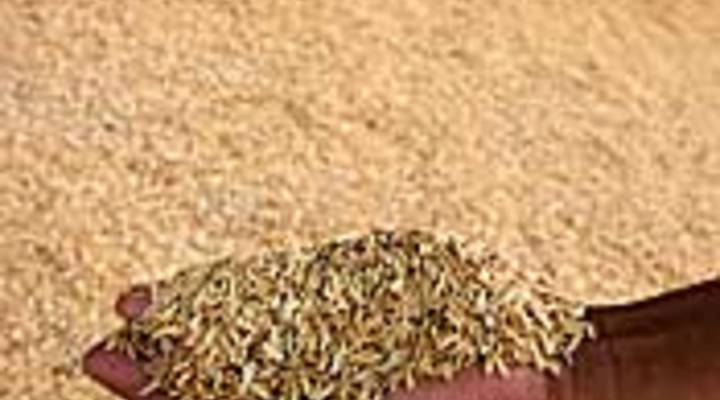 COPY
Rice that has not yet been milled is shown while drying in a warehouse in Thailand. Paula Bronstein/Getty Images

Rice that has not yet been milled is shown while drying in a warehouse in Thailand. Paula Bronstein/Getty Images
Listen Now

TESS VIGELAND: Concerns about a global food shortage got even worse this week.
Kazakhstan suspended all wheat exports until September, and Indonesia joined several large countries in stopping all exports of rice. The situation is reaching, or has reached, crisis stage in many regions. Riots broke out in Haiti last week over a rice shortage. Bangladesh let the world know it needed to import some 25,000 tons of rice. Nobody responded — nobody. Javier Blas covers the commodities market for the Financial Times, and Javier what is the long-term effect, locally, if these countries are hoarding grain supplies for the domestic market?

VIGELAND: You know, this food crisis has been brewing for some time, months if not years, but I have to tell you, it really seems to have bubbled over in recent weeks. Why is that?

BLAS: I think there are two or three factors here. The first one is that until very recently, food prices were rising, but it was mostly concentrated on the wheat market, corn and soybeans, but the new factor now is rice. Rice prices are rising, and rice is a much more political, agricultural commodity. It is the staple for about three billion people in the planet, and between one and a half and two billion people basically eat rice and that’s it.

VIGELAND: You mentioned the price of rice, and can you give us some context for how much those prices have spiked recently?

VIGELAND: So, in the last three or four months, the price of rice has doubled?

BLAS: I think that what you are saying is a key point of the crisis now. This is a panicked domino effect, where everyday we see a couple of more countries banning exports just because they want to insulate the country from other international markets.

VIGELAND: What happens if, say six months down the road, this trend continues?