Does cashing out mean selling out?

Does cashing out mean selling out?

KAI RYSSDAL: We’ve spent the past few Mondays with Steve Tripoli from our Entrepreneurship Desk, getting to know more about a special breed of start-up enterprises. Social entrepreneurs who use their businesses to try to fix what might be wrong with the world. As with less high-minded enterprises you’d think bigger would be better, that more profits would allow for more good to be done. And maybe that’s true. But when mission-oriented businesses get big enough they also attract serious buyers. And there’s no doubt cashing out can mean a big payday. But does it also mean selling out? Here’s Steve.

STEVE TRIPOLI: There’s this point many businesses reach when they get to around, say, $30 million or $40 million in annual sales. Copycats show up. And people flashing money. All while the founders juggle fast growth and maybe the suspicion that they’re not the ones to carry things forward. In the spring of 2000 Gary Erickson was at that point.

Machines like this one at his “Clif Bar” factory near Los Angeles were already wrapping tens of millions of nutrition bars a year back then. And he and a partner were looking at a $120 million buyout offer from the Mars candy people. Two competitors had already sold out to multinationals.

Erickson says friends were urging him to take the offer in language this avid cyclist could relate to.

GARY ERICKSON: What people were saying was, you know, your ride’s over. The larger companies are going to kill you. You’re going to be marginalized. They’re going to buy you off the shelf. You’re not going to able to compete against multimillion-dollar advertising campaigns.

Erickson was worn out. He was kind of an accidental social entrepreneur to start with. Clif Bars came out of his cyclist’s desire to have something more wholesome to eat while riding. The company became a hit around themes of good food, good worker policies and a light environmental footprint. But now Erickson was buying into some of his friends’ doubts.

ERICKSON: I was just a bike rider and, you know, I started this company on an idea. And I think the doubt was, “Can we do it? Can we take it from here without bringing in some kind of expert help — either financial or corporate or a large company?” And I think that’s pretty natural for someone in our position to wonder.

But minutes from a $60 million payday, Erickson walked away from the deal. He says he and his co-owner wife didn’t want to find themselves asking this question — one he’s heard from other entrepreneurs who cashed out.

ERICKSON: “You know, I wonder if I could have pulled it off.” And, we didn’t want to wonder.

There’s another thing Erickson and his wife, Kit, never have to wonder about by keeping the company: whether its founding mission is intact. Both seem anxious to explain what that means to them.

ERICKSON: In the end, we as sole owners of our company have more freedom to do it however we want to do it. That’s the kind of freedom we wanted and that’s why we took the huge gamble to keep the company private. You know, if we ever had to talk to a board of directors that was controlling the company, you might as well just start passing me the razor blades now.

Other social entrepreneurs say they sell out to corporations to save their brands, expand their missions or change the way big companies think. Gary and Kit say they’re not afraid of failing. And Gary questions other entrepreneurs’ stated reasons for selling.

Even if that’s what others think will happen when they sell, it often doesn’t work out that way. The British watchdog group Ethical Consumer says there’s little evidence companies with strong social missions influence their buyers. It rates most socially-conscious firms that get taken over as worse on social issues after they sell out. That includes Ben & Jerry’s ice cream, Body Shop cosmetics and Tom’s of Maine personal care products.

Gary Erickson says the reason for that is obvious.

But even the Ethical Consumer watchdogs haven’t given up on these firms changing their new parents. They say that as good products get to bigger markets and consumers become more aware there may be a tipping point. But for now the group says it’s still best to change corporate behavior from outside.

That might even be the more profitable path. Gary Erickson says that shortly after he turned down the Mars buyout he made a big move into organic ingredients without raising prices. He says it was a risky hit to the bottom line that a corporate parent might not have tolerated. 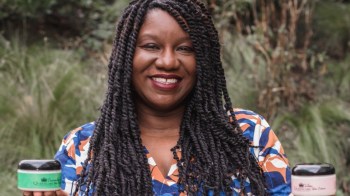