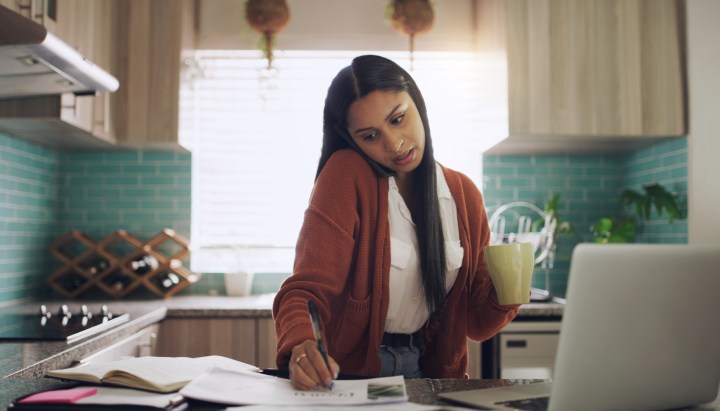 COPY
About 5.4 million new business applications were filed in 2021. There was a lot of interest in online retail and a lot of activity in Southern cities. PeopleImages via Getty Images

About 5.4 million new business applications were filed in 2021. There was a lot of interest in online retail and a lot of activity in Southern cities. PeopleImages via Getty Images
Listen Now

The number of Americans filing paperwork to start businesses hit a record 5.4 million in 2021, up from the previous record of 4.4 million new business applications set in 2020.

A new study from LendingTree looked into the geographic areas where entrepreneurship is booming the most, and found Memphis, Tennessee, at the top of the list — closely followed by other Southern cities, including Mobile, Alabama, and Shreveport, Louisiana.

LendingTree Chief Credit Analyst Matt Schulz spoke with Marketplace’s David Brancaccio about the findings. The following is an edited transcript of their conversation.

David Brancaccio: What might account for this? Maybe a supportive local environment for entrepreneurs or, I don’t know, maybe these are areas where things really hit the skids to the point where people were pushed to strike out on their own?

Matt Schulz: I think the latter is probably the bigger issue. Most of these places are places with a little higher than average unemployment rates. And I think that there’s no question that some people in times of job insecurity were interested in creating another revenue stream for themselves.

Brancaccio: You also looked at in which fields these businesses were opened up. What was attractive to people? What kind of businesses?

Schulz: Yeah, what we found was that retail businesses were, by far, the most commonly pursued type of business. And when you think about it, it makes a lot of sense because over the last few years it’s become so much easier to start up your own little online shop. In a lot of cases, you can get it up and running in the course of an afternoon.

Brancaccio: The next one down is transportation and warehousing — that must be driving, right?

Schulz: Yeah it’s driving, it’s warehousing. It’s stuff that people can do with things that they have at their home, whether it’s using their car for things or using their home to store things. That was up about 35% — a little bit less than what we saw with retail, but still a significant increase.

Brancaccio: It’d be interesting to see — I know the government, probably takes a little bit longer, but they try to track business creation where there’s likely to be more than one employee in a short amount of time. That will give you a sense of the scale of these or just how serious some of these businesses are.

Schulz: Yeah, and one other thing to think about with this is that just because people make these applications doesn’t mean that they actually go through with it. A lot of people will, obviously, and taking this first step is a significant thing. You can’t reach your destination without taking that first step. But it doesn’t necessarily mean that these folks follow through and end up starting their own business. But at a minimum, it’s interesting as an indicator of interest.

Brancaccio: And when you think about entrepreneurship, some of it is the drive to set out on your own, but some of it is access to capital, both large and small. And some people were able to save a little extra when they were working from home during pandemic, and some of that could seed a new business venture.

Schulz: Yeah, there’s no question that the fact that people have a little bit more money in their pocket probably drove people to take this step.

Brancaccio: It’ll be interesting to see how these trends and if these trends continue as the pandemic reaches some kind of new phase. I won’t say it’s over, but it’s certainly different from the depths of 2020.

Schulz: Yeah, and we don’t have information at the city and state level for 2021, but we do have it on the national level, and what we’ve seen is that throughout 2021, [new business applications have] still been really quite elevated. And I don’t think there’s any reason to believe that 2022 is going to look much different. Then there’s also the side where, as we’ve seen all of our lives turned into so much craziness over the last couple of years, a lot of people have said, “You know what? I think I’m going to do this. I think I’m going to try and start this new business because I’ve always wanted to, and why not do it now?”

Brancaccio: Yeah. Do something that you’re particularly good at or is more meaningful. Or, if you’ve had it with all the bosses you’ve ever had, when you work for yourself you have only yourself to blame.

Schulz: Absolutely, yeah. There’s no question that a lot of people are ready to go work for themselves, are not interested in playing corporate games or dealing with bosses —especially now that we’ve all spent so much time working remotely. That’s certainly a driver as well.