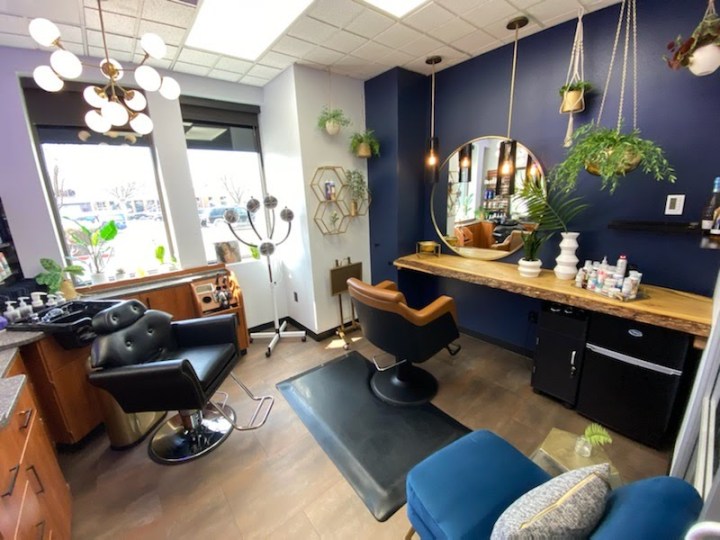 Counterintuitively, 2020 was a big year for entrepreneurship. Applications to start new businesses in the U.S. finished the year 24% higher than 2019.

Ashley Nelson, a hairstylist in Boise, Idaho, and one of the 10 people “Marketplace” has been following in our series about the American labor force, the “United States of Work,” struck out on her own last year.

After years of working inside an established salon, she opened a private suite once Idaho’s stay-at-home order lifted. She recently spoke with “Marketplace” host Kai Ryssdal about what 2020 taught her about entrepreneurship. The following is an edited transcript of their conversation.

Kai Ryssdal: It’s been a while, almost a year, I think. And last time we spoke, I think you were getting ready to go out on your own. How have things been this past year?

Ashley Nelson: Things have been good, things have been very hectic. My eyes have been opened up to a whole new world of business owning. [I’ve] got a whole ‘nother level of respect for it now.

Ryssdal: Well, so tell me about that. I mean, obviously, you had to probably rent some kind of space, you have to do your own equipment. I mean, all of that stuff.

Nelson: Yeah. I mean, obviously, the expenses in the beginning [are] big. I almost have that all paid for and taken care of, so that is really good for being that it’s only been a year. But yeah, the job never stops. I mean, from continuing education, to being in contact with the clients, to still doing laundry until all hours of the night when you get home from work. So yeah, it’s just never-ending.

Ryssdal: I want to back you up for a minute — you saying that you had just finished or almost finished paying off the startup process. How much did it cost you to start up?

Nelson: It was around $20,000 with all of the things that got done to the suite [and] with product and everything like that.

Ryssdal: That’s not nothing.

Nelson: No, it wasn’t. It was definitely a big chunk of change. I’ve never had credit cards until I had to get this. So yeah, I’m excited to have it taken care of and handled.

Ryssdal: I’m sure you are. Now let’s talk the revenue side of this business. How’s your client base? Did you bring people with you? Did they follow? Are you growing? What’s going on there?

Nelson: Yes, most of my clientele did follow. A few did not. I have gained clients that are more downtown, especially with businesses starting to open back up downtown. But I’m always like, thinking ahead a little bit. So I’m trying to just kind of soak in the situation and then hopefully take the next step forward, which would be like opening up my own salon to create a space for more people to come grow with me.

Ryssdal: That’d be exciting. When do you think you might be able to do that? That’d be a big step.

Nelson: Yeah, you know, I’m not one to take on a bunch of debt, so I’m definitely taking one step at a time. I’m trying to put my feelers out there. I mean, I’m looking at spaces on a regular basis, but it takes a lot to open up a salon. I mean, now that I know how much a 150-square-foot-space costs at my taste, I know how much it will be if I have 10 girls in the space.

Ryssdal: Right. So, we’ve been doing some work with other micro-business owners, really tiny, small businesses. You know, two, three employees up to maybe 20. And I guess, with your newfound appreciation for running a small business, what do you want people to know about it as you try to get by in this pandemic?

Nelson: Buy local, get off Amazon. I hate to say that, but I don’t think people realize how much it takes just for somebody to even open up a business. I think it’s definitely the easier route to go work for somebody else, so mad respect to everyone who takes that risk on themselves.