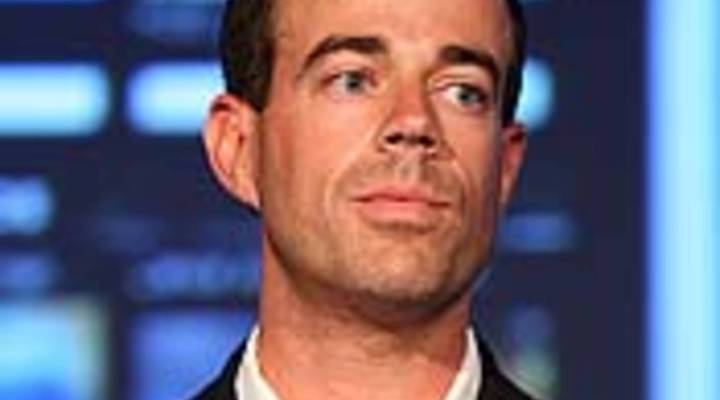 Kai Ryssdal: The Hollywood writers strike has gone global — European movie and TV writers threw up their own temporary pickets today. The strike’s four weeks old this week. Both sides have gone back to the negotiating table. They’re talking the talk, but some writers may be ready to stop walking the walk.

Late-night host Carson Daly is breaking ranks with Jay, Dave, and Conan. He’s going back to work on Monday, deal or no deal. And he’s asked non-union writers to give him some material. Stacey Vanek-Smith reports.

Sound — Last Call with Carson Daly: Thank you boys… Welcome to the show, and what a great crowd you are…

Stacey Vanek-Smith: Et tu, Daly? Actually, Carson Daly isn’t a member of the Writer’s Guild. But having Last Call back on the air is a blow to the writers — especially if the show hires scabs. Hollywood Today columnist Alex Ben Block says Daly’s not exactly a late-night ratings king. But if this entices bigger stars to follow, he says, it would spell disaster for the writers.

Alex Ben Block: It would send a strong signal to others in the community who want to go back to work that they can get a away with it. It might put a crack in the whole operation.

Block says we’re not there, yet. But if the dispute doesn’t get resolved soon, it will likely drag into next year. L.A. economist Jack Kyser says that could cost Los Angeles as much as $20 million a day, and inflict permanent damage on the business.

Jack Kyser: In the 1988 Writer’s Guild strike, you had several series that were very badly damaged — the example that everyone uses is Moonlighting. And it did not recover from that strike. The show went off the air.

Not a happy prospect for studios shelling out millions of dollars per episode for shows like Ugly Betty and Lost. Still, Alex Ben Block says these days, studios are just small parts of enormous conglomerates like GE and Disney — not their bread and butter.

Block: They can take a four-, six-, eight-week strike and it’s not going to matter much to them. Whereas to the writers, every day counts.

Still, Block points out that if the strikes start impacting quarterly profits, studios will be looking for a happy ending — fast. 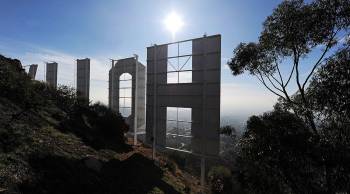