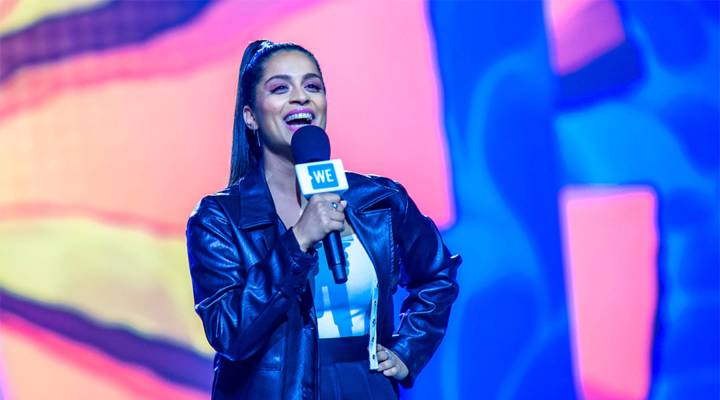 NBC just announced that YouTube star Lilly Singh will replace the time-slot currently filled by Carson Daly, whose late-night show has been going for 17 years now.

Singh, an Indian-Canadian comedian whose YouTube channel has 14 million subscribers, produces and stars in videos that combine skits, funny commentary on her Punjabi heritage and witty social observations, like her guide to going clubbing and timing out your pre-game.

Mains said it’s a huge moment for NBC, especially since Singh is 30 and has a huge audience. She’ll also be the only woman — and woman of color — to host a late-night talk show on the big four networks.

“I had a breakfast this morning with a producer that I had never met, and instantly the topic was about Lilly Singh,” Mains said.

Singh’s YouTube videos bring in tens of thousands of dollars in ad revenue a piece, according to some estimates. But moving to Carson Daly’s late-night slot, following Seth Meyers’ late show, brings a lot of advantages.

“Now I have more than three staff members, and my sound guy won’t also be an extra and won’t also write the scripts,” Singh said on “The Tonight Show” with Jimmy Fallon.

And while the 1:35 a.m. time slot might not attract Singh’s younger audience, late-night shows also command hundreds of millions of dollars in ad revenue.

“There are viewers to be had late at night,” said Jeffrey McCall at DePauw University. “In this time slot, there’s no major competition from the other networks.”

He said networks are eager to appeal to YouTube’s younger demographic. With TV audiences getting older, NBC could be trying to slap its peacock logo onto as much viral content as possible.

“Anyone who’s not using social in addition to the linear broadcasts is foolish because there’s a whole generation of people who just watch the shows that are passed around as clips,” said Brian Steinberg, senior TV editor at Variety.

That would let NBC tap into Singh’s existing audience and keep the late-night buzz going until dawn.