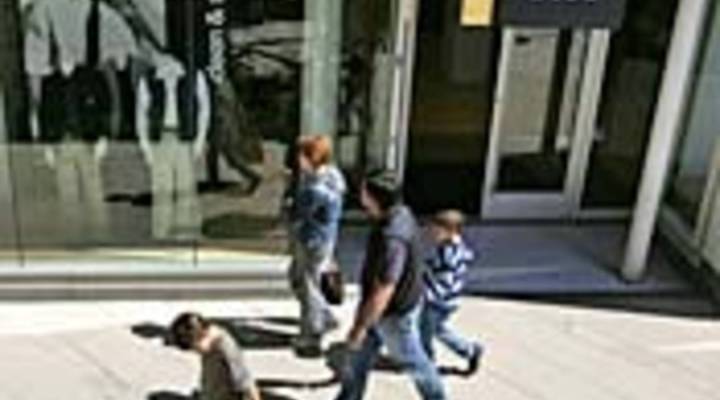 KAI RYSSDAL: Things seem to be falling apart at the seams for some of this country’s biggest clothing retailers. Upscale vendor Ann Taylor posted a 27 percent decline in profits today. Things aren’t looking too sharp at Gap either. The owner of Banana Republic, Old Navy and Gap brands did post a profit. But it’s cut 2,200 jobs this year and sales are down about 5 percent. Here’s the curious part. Both companies also announced big stock buybacks, too. Normally, what a company does when things are going well. Stacey Vanek Smith takes a look at why they’re spending their cash this way.

Stacey Vanek Smith: Companies like to buy their own stock back from shareholders when they have the cash on hand. That reduces the number of shares on the market, and makes the remaining shares more valuable.

David Wyss: No question, stock buybacks in general are good.

That’s David Wyss, chief economist with Standard and Poor’s. He says buy-backs reached an all-time high last year because companies saw it as an easy way to boost stock prices. But Gap and Ann Taylor are on the ropes. So why would they spend hundreds of millions of dollars buying back their own shares, instead of using that money to improve sales or build new stores?

There’s a couple of reasons you might. One is, you may feel that your stock price is depressed to a level that is unreasonable. And therefore it’s in your best interest to buy back the stock and push the stock price back up. Or in most cases this is a defensive move because they’re worried about a takeover.

Wyss says when companies are vulnerable, predators will see extra cash as an incentive to take over the company. Once they’ve taken it over, they can use the money any way they want — even as a way to buy out the company’s shareholders.

And it might be a good time for Gap and Ann Taylor to batten the hatches says retail industry consultant Burt Flickinger.

Burt Flickinger: Consumers will have to spend one billion less per week at retail because of higher food inflation and energy inflation.

Flickinger says that’s turned the business of selling clothes into a blood sport. As much as Wall Street might love it, Flickinger doesn’t think a stock buy-back is the best investment for Ann Taylor or Gap. He says, if they want to survive in the current climate, they’d better focus on designing clothes people want to wear, and not on a quick-fix for share prices.