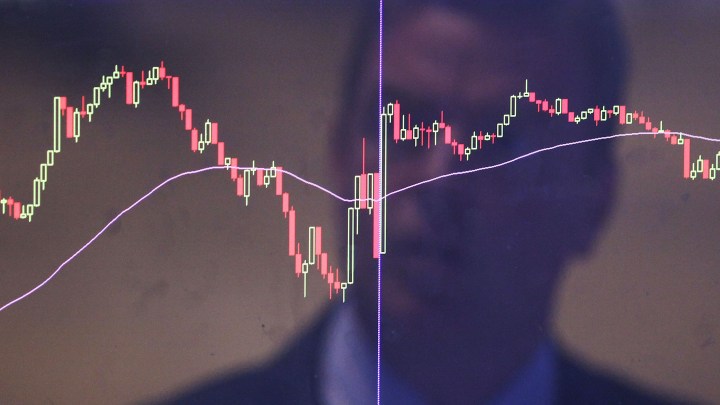 COPY
Short sellers have had a bad reputation for centuries. Is it deserved? Spencer Platt/Getty Images

Short sellers have had a bad reputation for centuries. Is it deserved? Spencer Platt/Getty Images
Listen Now

In 2004, Rick Smith’s company, then called Taser International (it made Tasers), now called Axon, was doing well. “We were on a phenomenal growth path. We were growing at about a 200% clip,” he recalled.

Then, he said, a group of investors took out a billion-dollar bet that the company’s stock would fall. This is known as short selling or “shorting.” Investors will borrow shares, sell them at the current price, wait for the value to drop, buy them back, return them to their owners and pocket the difference — assuming they were right about the stock falling. More on that here.

After Smith heard that some unknown group of investors had an interest in his company’s stock falling, “a whole bunch of awful things happened in rapid succession — pretty clearly a well-coordinated attack that included legal campaigns, press campaigns,” he said.

Smith said the investors betting against his company were spreading rumors and launching public relations campaigns against Tasers, their safety, their sales. He alleged they placed a mole in his company to leak unfavorable internal documents. The Securities and Exchange Commission launched an investigation, egged on, he said, by the short sellers’ tactics. All that negative attention hurt.

“2005 was a miserable year,” Smith said. “We were fighting for our survival. We had been just completely slandered in the media. Our sales dropped significantly, 30 to 40% year over year.”

Their stock fell too, just as short sellers hoped.

“We saw our stock dive by almost 75%. A billion dollars of shareholder value was wiped out, and it went into the pockets of the folks who were short the stock,” Smith said.

In the end, the SEC dropped its investigation. The company survived. It’s now worth $11 billion and has expanded into producing body cameras. But stories like this are the reason short sellers have had a bad reputation for centuries. Napoleon called them “enemies of the state” and outlawed shorting. One popular Reddit post in the WallStreetBets forum let loose with some seriously nasty name calling.

“There are many colorful notes that I get. I had one today saying I should be taken out and hanged,” he said.

David is a short seller, founder of Wolfpack Research and host of the podcast “I Hung Up on Warren Buffett.” David looks for companies that are promising too much, lying or defrauding people. He bets against them and issues reports explaining why. “We are out there kicking the tires,” he said.

David recently issued one such report about a Chinese air-taxi company in which he alleges the company was essentially a sham. He said he had investigators check out the factory. The stock of the company dropped precipitously after the report.

“Short activists have helped uncover some of the biggest frauds in history — Enron to Tyco,” he said, and on a lesser scale simply uncovered accounting problems. “I didn’t come to being a short activist naturally. I fell into it after discovering how many times I had been lied to by investment banks after the 2008-2009 financial crisis.”

But David does distinguish between himself and some short-activist hedge funds. He is public about his short positions. Others aren’t, and don’t have to be.

That secrecy around short positions has drawn criticism. “I can tell you everyone who buys my stock,” said Smith, the Axon CEO, “but you could take a billion-dollar short position and nobody can tell you who they are — and they are the most dangerous because they have incentive” to see the company fail or even contribute to its failure. “It’s easier to burn a house down than to build it. Big short positions need as much oversight as long holders,” he said.

Jim Angel, a finance professor at Georgetown University, agreed that people who have an incentive for things to go wrong should be identifiable. However, he pointed out that short sellers serve a useful purpose: They help to prevent stocks from being overvalued. “And an overvalued stock is nobody’s friend,” Angel said. “To a certain extent, short sellers are the bearers of bad news, and a lot of times people want to shoot the messenger.”

But the more we know about the identity of the messenger, he added, the better.