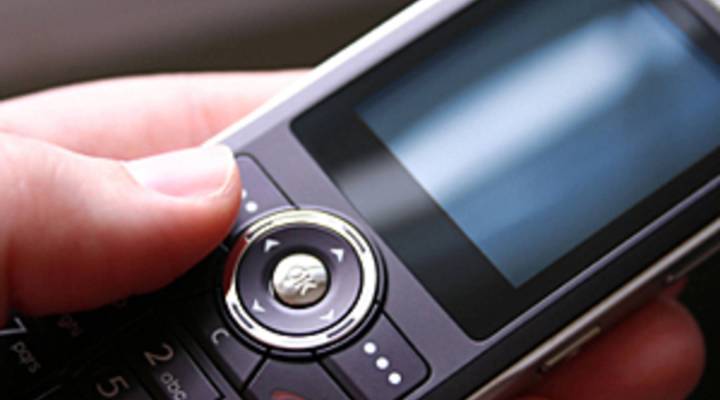 Be free of your cell phone carrier… for free

Be free of your cell phone carrier… for free

TESS VIGELAND: Next week, Apple’s iPhone hits retail shelves. And the heavens shall open, and a new dawn of peace and prosperity shall set the world aglow!
Or, that’s what you’d expect, given the hype around this thing.

But let’s put it all in perspective. No matter how awesome the iPhone turns out to be, there will still be one essentially lame thing about cell phones: The multi-year contracts you have to sign to get a calling plan.
So here’s something worth hyping: You can get out of those contracts.

Here to tell us how is Janine Kenney of Consumer’s Union. Janine, I’m guessing this isn’t easy.

JANINE KENNEY: Getting out isn’t tough. Getting out without paying a steep fine is very difficult. Consumers are stuck with, in some cases, penalties of up to $240 per phone when they cancel their contract. And if you have a family plan with four lines, you could be looking at a penalty of up to $800 – or more in some cases. So it’s a steep cost.

VIGELAND: Are there ways to get out without having to pay those fees?

KENNEY: There are a few ways. The first and the most obvious is for consumers to use the grace period. When you sign up for a cell-phone contract, most carriers will give you a grace period. A lot of times, it’s only a couple of weeks. Sometimes it’s 30 days. Often, it’s . . . that grace period expires before you get your first bill.

The other thing that consumers can do, and this is a little trickier, is in the fine print of your contract, you’ll notice that the carrier reserves the right to change the terms of the contract at any point in time. And if they make what’s called a material change that adversely impacts you, you’ll have the right to get out, usually within 30 days of that change in the contract. But you have to watch for it, and they’re gonna give you notice on your bill.

VIGELAND: Probably in teeny, tiny print that you can’t read.

KENNEY: That’s right. So you really have to be careful. Now if you’re really desperate, if you look in your contract, almost every carrier has a clause that says if you roam more than half the time you use your phone, they reserve the right to cancel your contract without a penalty. So if you’re desperate . . .

VIGELAND: Just go drive around in the middle of nowhere, right?

KENNEY: That’s right. Well, the carriers lose, because most carriers offer unlimited roaming now. If you roam the majority of the time, they start losing money. So I’m not necessarily recommending that peopled od that, but I certainly know that that is one way out where you won’t pay a penalty.

VIGELAND: All right, well that’s certainly a creative way to go. Any other way to get out of these what are usually two-year contracts?

KENNEY: Yeah, there are some new services that have developed. One’s called Cell Trade, one’s called Cell Swapper. And it’s an online service that will help you try to find someone who wants a contract and who will be willing to take over your contract.

VIGELAND: And you can just transfer it like that?

KENNEY: You have to get your carrier to cooperate, and usually they will. They may not make it easy, and it’s not a sure thing, but anecdotally, some consumers have found that to be a successful strategy.

VIGELAND: All right. Janine Kenney is a policy analyst for Consumer’s Union and she’s been telling us how to hang up on our cell-phone providers. Thanks for the help.