A greener industrial revolution in Asia

A greener industrial revolution in Asia

SCOTT JAGOW: A huge conference on global warming wrapped up today in Thailand. The Intergovernmental Panel on Climate Change or IPCC issued a report on reducing greenhouse gases and how much that will cost in the long-term. Their answer: 3 percent of global GDP growth by 2030 — not as much as earlier predicted. China was also a big topic. Susie Nam is a freelance journalist in Bangkok.

SUSIE NAM: A lot of scientists and analysts believe now that economies like India and China are going to be in a better position to limit the amount of greenhouse gases that they’re emitting in five or 10 years because they’re going to have the benefit of lots of technology the United States during its industrial period did not have.

JAGOW: And is China on board with this? Are they supporting that idea?

NAM: Yeah for sure. I mean there was no lack of consensus with the China delegate or anybody else that this is something that everybody is responsible for. Does that mean that tomorrow Beijing is going to come out with a press release saying ‘hey guys we’re capping our carbon emissions and we’re making all these changes’? Probably not.

JAGOW: But it sounded like the Chinese were pretty worried about how trying to tackle global warming would affect its economy.

NAM: Everybody is worried about how tackling the global warming problem is going to affect the economy and I think that that’s one of the things the IPCC set out to address by basically doing the math and saying ‘here’s what the models are showing us.’ It’s going to have an impact yes, but it’s not going to have an impact as severe as many other people had been expecting in the past. And the other issue is, it’s difficult right now to quantify what the costs of doing nothing are going to be but China recognizes that and so do the other countries involved.

JAGOW: That’s a good point too. Alright Susie, thanks so much 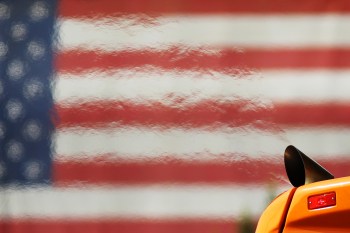 American transportation is a major pollutant. See exactly where it’s coming from.