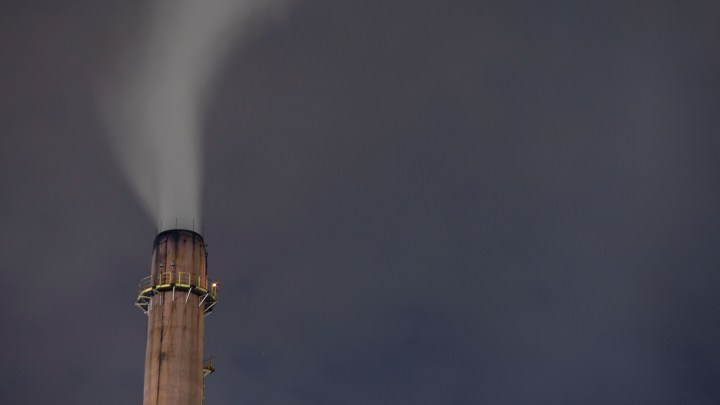 COPY
The SEC may soon require companies to disclose greenhouse gas emissions. Whether they'll also include emissions from suppliers — usually a larger proportion of emissions — is unclear. Nilmar Lage/AFP via Getty Images
A Warmer World

The SEC may soon require companies to disclose greenhouse gas emissions. Whether they'll also include emissions from suppliers — usually a larger proportion of emissions — is unclear. Nilmar Lage/AFP via Getty Images
Listen Now

Coming soon to an annual corporate report near you: Disclosures of greenhouse gas emissions.

The U.S. Securities and Exchange Commission is drafting rules for publicly-traded companies as they begin making those disclosures. The rules are part of the Biden administration’s efforts to address climate change.

Just how much information will companies have to disclose?

“If one company filed a balance sheet, another company filed an income statement, we wouldn’t be able to compare them. Well, that’s where we are today on climate issues,” said Steven Rothstein with sustainability advocacy nonprofit Ceres.

The Securities and Exchange Commission will be setting some standards with its greenhouse gas emission rules. The tricky part is whether companies should have to account for their own emissions or also emissions by their suppliers … and the suppliers of those suppliers.

Forcing companies to pin down those numbers wouldn’t be fair, said Tom Quaadman at the U.S. Chamber of Commerce.

“Companies are being asked to forecast information that may or may not be within their control,” he said. “And they could be sued as a result of those disclosures.”

Those disclosures could also end up being quite complex. Take the retail industry. Historically, retailers may have known the wholesales they dealt with — but a whole lot goes into an article of clothing before that, according to Eric Fisch, head of retail and apparel for commercial banking at HSBC.

“So if you think of any particular garment — the zipper, the pull, the buttons, and each embellishment, and each different piece of material, the insulation — they’re all coming from different vendors, and then those vendors are getting components of it from others,” Fisch said.

That’s starting to change because consumers have been asking companies for more environmental transparency, Fisch said.

But there’s a big difference between that and the SEC requiring it.