TESS VIGELAND: Oil and water do not mix. But oil and fat do.So it should be no surprise that a major oil company has taken an interest in chicken fat . . . and cow fat . . . and pig fat.

ConocoPhillips and Tyson Foods say they’re joining forces to create renewable diesel fuel. Food not for you, but for your car. Nancy Marshall Genzer reports.

NANCY MARSHALL GENZER: Talk about burning fat. Tyson Food is going to start sending beef fat from a plant in Texas to a ConocoPhillips refinery nearby. The refined fat will actually be mixed with regular diesel fuel and viola: you have black gold.

LOU BURKE: Three to 10 percent of it will be renewable diesel. The product . . . it’ll be marketed as a product as just plain old diesel fuel.

ConocoPhillips will produce about 175 million gallons of renewable diesel per year. That’s only about a half a percent of its U.S. refinery business, and Burke says the company can’t even do that without government subsidies.

But Joseph Jobe of the National Biodiesel Board says the federal funding was meant for true biodiesel — mostly from vegetable oils. He says ConocoPhillips officials pressured the Bush administration into giving them the federal money.

JOSEPH JOBE: It will cost taxpayers millions of dollars, and it will have a chilling effect on the continued momentum of the biodiesel industry.

Throwing fuel on the fire, Jobe says small biofuel companies will begin fighting with ConocoPhillips over fat. And prices are headed up.

JOBE: Yeah, we’re already seeing some speculation in the marketplace from this.

ConcocoPhillips officials say fat is just the beginning, and they’re experimenting with other fuel sources — like algae. 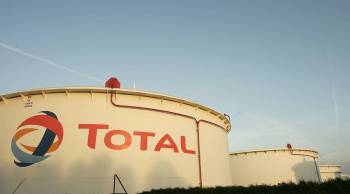 We’re going to be pumping oil for a long time