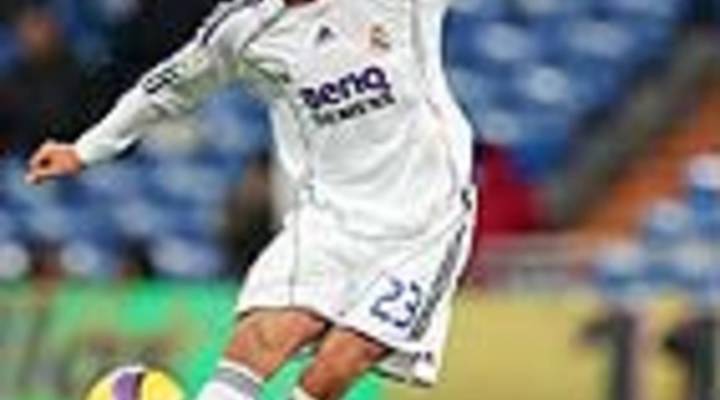 His soccer may be around the bend, but he’s still hot

His soccer may be around the bend, but he’s still hot

KAI RYSSDAL: Score one for the Galaxy. The Los Angeles Galaxy, that is. Today the soccer team announced it’s signed British superstar David Beckham. He’ll finish up his contract with his current team, Spain’s Real Madrid, and then come to the States in August. The price tag for his services? More than $250 million in salary and endorsements.

Beckham is one of those names — like Jordan, Tiger and Yao Ming — that’s known to sports fans and non-fans alike. He’s 31 years old. Practically ancient, I know. But that puts him on the downside of his career. So what’s in it for Major League Soccer? Marketplace’s Tess Vigeland bends it for us.

TESS VIGELAND: Yeah, 31 and all washed up.

The English national team dropped David Beckham from its squad last fall.And his current team — Real Madrid — benched him for its most recent game. But none of that really matters when you’re arguably the most famous soccer player since Pele.

DAVID CARTER: You’re not paying David Beckham merely to suit up and play soccer for the Galaxy.

CARTER: He’s going to be such an ambassador for not just someone like Major League Soccer and, more narrowly, the LA Galaxy, but even companies like Adidas who are really looking to further penetrate this market against a behemoth like Nike, which has great market share.

Beckham counts Adidas among his major sponsorship deals. But his biggest endorsement as of today is the one he’s giving to the decade-old Major League Soccer.

ALAN ROTHENBERG: In fact in the last 12 months almost explosive in terms of new TV contracts, new stadiums being built. So they don’t need Beckham. He’s the cherry on top of the frosting on top of the cake.

But the question remains whether Beckham will bring in fans beyond those for whom there’s a celebrity factor. David Carter asks: What about the afficionados?

CARTER: They’re going to take a look at this with great curiosity and wonder if Major League Soccer will be able to turn this into an ongoing improvement in the quality of play and if not it’ll be one-and-done. 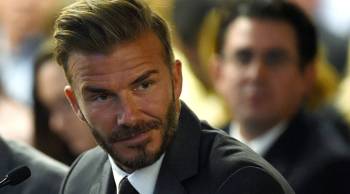