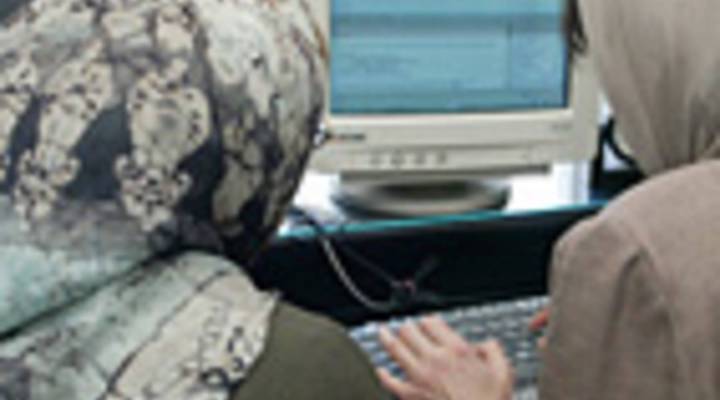 KAI RYSSDAL: Iran keeps a pretty tight control on information going in and out of that country. And it’s getting tighter. The government has restricted the use of high-speed internet. Businesses can still have broadband. But citizens are strictly narrowband. Think dial-up here. Iranians are finding loopholes. But still, Tehran’s new policy is having a far-reaching effect. Here. Marketplace’s Nancy Farghalli reports.

Siamik Kalhour hosts this weekly computer call-in show from the Los Angeles studios of Radio Iran. He’s part computer whiz and part counselor, like telling this caller to forget trying to fix his 1998 laptop. Kalhour’s advice: Use the laptop as a tray to serve food.

Sometimes the questions don’t end with laughter, and veer into the serious. Like Iran’s new Internet rules. Five percent of his audience listens online in Iran, and the decision to restrict high-speed internet in cafes and homes could target those listeners. Kalhour traveled to Iran recently.

KALHOUR: In our house in Tehran, we have wireless high-speed Internet. But I guess they want to take it away. They sent us a letter.

And that’s a problem for overseas media organizations that stream their programs into Iran. Slower Internet speeds will result in longer download times for content. Professor Abbas Milani runs the Iranian studies program at Stanford University. He says the Internet is one the most important ways Iranians get access to the outside world. And that’s why the Iranian government blocks websites, including the BBC’s Persian-language site.

ABBAS MILANI: The regime filters it and within 24 hours people find a way around that filter and break the filter and the regime comes back and filters it in another attempt.

The Iranian government has also banned radio and television programs as well as certain books. But as fast as they put up information roadblocks, Iranians have found detours around them. Take the government’s recent attempt to confiscate illegal satellite dishes. Iranians have hidden dishes under bushes and laundry lines to throw off helicopter searches. Amir Shadjarah is the CEO of PARS TV in Los Angeles. Satellites beam his network into Iran. But, the Iranian government can turn his channel off at any moment.

AMIR SHADJARAH: If they know we are going to talk something regarding an activity they are doing, they jam our signal.

He relies on old-fashioned word of mouth to get news across. Iranians living abroad call their families to spread information. Sometimes they have to cross mediums to get the word out. That’s how Bijan Khalili got past Iranian book censors. He hosted a television show in Los Angeles where he read excised pages from books.

BIJAN KHALILI: When they buy the book, they want to buy a real book, that the content is whatever it was in the original and the government cannot distort the information.

He’s taken to the airwaves again, this time on radio. But his book show will be carried to Iran over the Internet, and that means a slow connection. So listeners will have to be patient.