Fastow to be sentenced

Fastow to be sentenced

SCOTT JAGOW: We haven’t talked about Enron in a while, but today, we’ll find out the prison term for one of its key players. Andrew Fastow was the finance chief. He confessed to his crimes, then became a star witness against his former bosses, Ken Lay and Jeffrey Skilling. Marketplace’s Amy Scott reports.

AMY SCOTT: When Andy Fastow pleaded guilty to conspiracy charges, he agreed to serve a maximum prison sentence of 10 years.

His attorneys are now trying to whittle that down. They say Fastow is a changed man. That he’s helped Hurricane Katrina victims, and mowed the lawn at his synagogue.

JEREMY FREY: If I were Mr. Fastow, I would not be anticipating a sentence less than 120 months. That is the agreement that he reached with the government. It’s gonna be pretty unlikely for a judge to leave that track and to impose something less.

He not only admitted to orchestrating the company’s book-cooking, but to profiting from the fraud…to the tune of about $45 million.

Frey says when a judge is looking at that kind of crime cooperation with the government only goes so far. 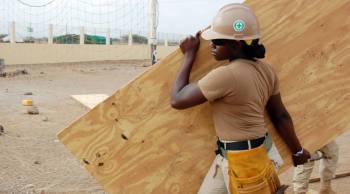