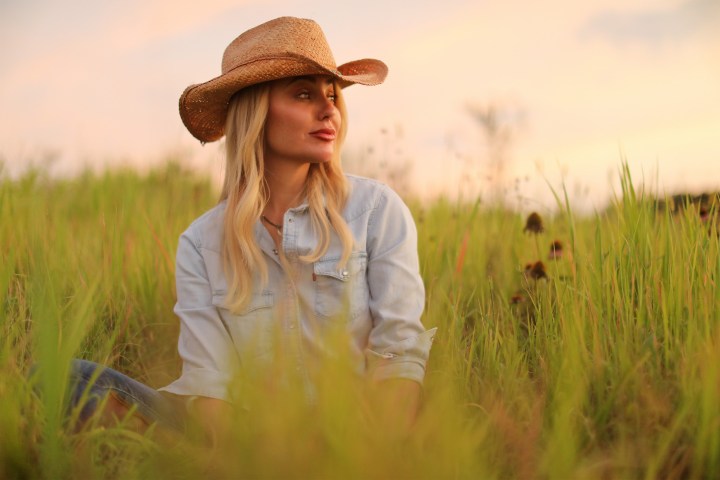 COPY
Sarah Frey, the founding farmer and CEO of Frey Farms. She launched the company at the age of 16. Photo by Angela Talley courtesy of Sarah Frey
Shelf Life

Sarah Frey, the founding farmer and CEO of Frey Farms. She launched the company at the age of 16. Photo by Angela Talley courtesy of Sarah Frey
Listen Now

In 2016, The New York Times dubbed Sarah Frey “America’s Pumpkin Queen” because her company, Frey Farms, sells more pumpkins than any other producer in the United States. But Frey’s journey to pumpkin royalty began in her teens with an old pickup truck and produce delivery route. The following is an excerpt from her new memoir, “The Growing Season: How I Built a New Life—and Saved an American Farm.” Click the audio player above to hear Frey’s conversation with Marketplace host Kai Ryssdal.

Last night it happened again. At a cocktail party teeming with incredibly successful people, a man assumed we came from the same place. On the outside, I looked the part. He wore a custom-made suit; I a designer skirt, blouse, and heels. He sported an expensive watch; and I pearls. As we gazed out of the floor-to-ceiling windows at skyscrapers, we both held glasses of champagne.

The latest notches on our resumes, too, were similar. We both ran companies that earned millions a year in revenue. I’m the CEO—or, my preferred title, the founding farmer—of Frey Farms, which sells, among other things, tens of millions of pumpkins and watermelons a year. My company, which has its headquarters down the road from my childhood and current home in a tiny Illinois town called Orchardville, manages thousands of acres of farmland coast to coast.

In recent years I’ve enjoyed expanding our agribusiness into the beverage and consumer packaged goods markets. Harvard Business School used one of my first major deals as a case study in the art of negotiation. If you’ve ever bought a melon or a pumpkin in America, chances are you are my customer. Thank you.

Where the man made a mistake was in his belief that we shared a past as well as a present. He asked the inevitable question: “Remind me, Sarah, where you went to school. Was it Harvard Business? Wharton?”

That simple question once terrified me. I was afraid that if I answered honestly, I would be judged unworthy, that it would be clear to everyone instantly that I didn’t belong. At one time, whenever I was asked anything about my past, I would immediately change the subject. Now, though, I tell the truth:

“I went to Frontier,” I said confidently, looking him right in the eye with a smile. Frontier is a community college in Fairfield, Illinois, about half hour’s drive from my family’s farm. It’s one of the top Illinois Eastern Community Colleges. Go Bobcats.

Growing up, I was a good student, dreaming of heading off to a major university. But I was also living on my own at fifteen, needing to make money. While I was still technically in high school, I started taking college night classes at Frontier and working various jobs.

At many events, I often have the least formal education of anyone in the room. I’m definitely the only person there who was born into a house with no indoor plumbing and was driving trucks and tractors by middle school.
When I talk about my company, I say that Frey Farms is a family business, since the words “family farm” usually provoke another round of uncomfortable questions.

First, people assume that I inherited the company. I understand how this assumption is made. At events like this, I’m frequently mistaken for someone’s wife. They don’t know that on that very morning, I was clad in grubby jeans, my unbrushed hair pulled back under a ball cap, yelling over the noise in the sorting room.

When people ask, “How many brothers and sisters do you have?” I might give the short answer: “I have four older brothers in the business.”

It’s not a lie. I do have four older brothers in the business.

Rarely do I admit the full truth: “Including my half-siblings, I’m the youngest of twenty-one.”

Yes, you read that right: twenty-one.

My four older brothers were, by far, the biggest influences on me. They taught me to hunt, fish, and live off the land. That knowledge gave me the confidence to believe that I could always take care of myself.

“Chicago is a wonderful city,” I reply. But I’m actually from southern Illinois.

My home turf, Wayne County, is much closer to Kentucky than it is to Chicago. Where I come from, success is measured not by your education or bank balance, but by the size of your truck tires, the speed of your four-wheeler, and the variety in your gun collection. There are no street signs, no lights on the roads, no stores for miles.

As a child, I wanted nothing to do with our rural way of life. I counted the days until I would leave the Hill, our eighty-acre piece of dirt in the middle of nowhere, which we called the Hill. For years, I kept hoping my time there was over. Sometimes I didn’t think I would make it out alive.

Today I have a greater appreciation of where I’m from. Although we were dirt poor by most measures, we had a piece of land, a big family, and freedom to roam. We ate food we grew and caught ourselves. Ironically, that diet is now coveted and promoted as the ideal: clean, healthy, sustainable food, without waste. We’d pull things out of the ground minutes before cooking them. We ate organic, hyperlocal, freshly prepared foods out of necessity long before it became a trend.

Because I’m one of the younger CEOs in my business circles, and my company’s founder, people often ask me, “How have you done so much in such a short period of time?”

The truth is, I started doing everything for myself early. On the Hill, by the time I was seven or eight years old, I was taking on projects that most adults wouldn’t venture. Even though I was sixteen when I founded my company, it was more like I was thirty-six because of the lessons I’d already learned.

One thing I don’t regret is how much where I come from made me love the earth. With every part of my soul, I love the soil. It’s the farmer’s mentality to buy land and hold it, then buy more the second you can, even if it takes the last bit of cash that you have. Even if you can’t afford to do much with it, you don’t let go of that land, no matter what. Ever.

Adapted excerpt from The Growing Season by Sarah Frey, copyright © 2020 by Freyja, LLC. Used by permission of Ballantine Books, an imprint of Random House, a division of Penguin Random House LLC. All rights reserved. No part of this excerpt may be reproduced or reprinted without permission in writing from the publisher. 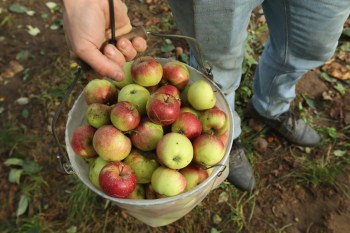