KAI RYSSDAL: It’s not such a surprise other countries are eager to get a chunk of American healthcare spending. It’s worth about 2 trillion dollars a year, after all. The packages Miranda just told us about are creating a buzz among U.S. consumers.

They’ve piqued the interest of U.S. companies too. Businesses are looking into covering what you might call medical walkabouts. But some skeptics are putting their foot down, as Ashley Milne-Tyte reports.

ASHLEY MILNE-TYTE: Carl Garrett is 60. He’s worked as a technician at the same paper mill in North Carolina for 40 years. When I first spoke to him he was a week away from having his gall bladder removed and a rotator cuff mended at the Apollo Hospital in New Delhi.

GARRETT:“I’m not nervous. Matter of fact, I’m just excited and anxious to get going.”

His employer, Blue Ridge Paper, can save tens of thousands of dollars if an employee has an operation in India rather than North Carolina. But their nascent healthcare option saves Garrett money too. The luxury package to India is completely covered by the company: he’ll even get a portion of their savings. To have both operations done at home, he says, he’d fork out up to $10,000 in deductibles and out-of-plan costs.

GARRETT:” . . . considering that, see, I am two years away from retirement, I hope to retire when I’m 62. I don’t want to go in debt, so that was one of the incentives.”

Another incentive: Garrett wants to be debt-free for his upcoming wedding to his high school sweetheart. But a few days after we spoke events took an unexpected turn. Local leaders at United Steelworkers, Garrett’s union, voiced loud objections to the trip. At the last minute, Blue Ridge Paper told him it was off. Union representative Stan Johnson:

STAN JOHNSON: “It’s deplorable that the right to safe and secure healthcare in somebody’s own country should be surrendered for any reason, much less bartered for a tour of the Taj Mahal or five-star accommodations.”

Johnson says outsourcing healthcare amounts to corporate profiteering and he believes it’s a slippery slope for employees. Companies considering such plans now are offering them as an option. But, Johnson says, what if one day travel-for-treatment became mandatory.

JOHNSON:“Who’s gonna be responsible? How will inappropriate care or malpractice be adjudicated? What about the laws and customs in the strange lands?”

American employers are increasingly looking to those strange lands, according to Dr. Arnold Milstein of Mercer Health and Benefits. He’s researching the outsourcing option for three large U.S. companies. He says a lot of businesses are in the market for less expensive, high-quality care optionsa€¦

MILSTEIN:“On a 5- or 7-year time horizon, I think there’s a reasonable chance this could be a standard component of many American health insurance plans.”

Still, Carl Garrett says he can’t wait that long. Instead of two free operations in India, he says he’ll have to borrow the money to have them done at home.CARL GARRETT: I’m still in a, kind of a state of disbelief. It’s a crying shame that, uh, I don’t have that option, simply because of a union that I have supported for 40 years. And as far as I’m concerned they have taken money out of my pocket.”The irony, he says, is that the other union members he works with couldn’t wait for him to get back, to decide whether to sign up for an overseas operation themselves. 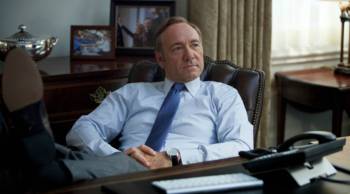