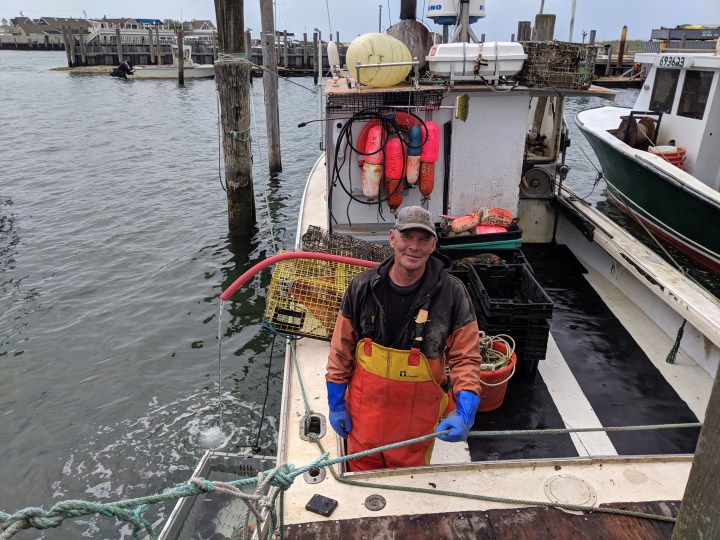 Offshore wind farms have been in European waters for years, but they’re relatively new to the U.S. The first offshore wind farm started running off Rhode Island just two years ago.

As states set renewable energy goals, however, many more wind farms are in development along the east coast. One of the farms that’s farthest along will be situated 35 miles off of Montauk, at the very tip of Long Island.

You won’t be able to see the 15 turbines from the beaches of Long Island’s South Fork, an area better known to most people as the Hamptons. But residents like Si Kinsella say visibility is the least of their worries.

“You can’t blame the local homeowners for not wanting high voltage, alternating current cables running within 15 feet of their homes,” he said.

But that’s far from Kinsella’s only issue with the wind farm. He said the company behind it, Orsted, hasn’t been transparent with locals about changes they’ve made to the project, or how it will affect residents’ electricity rates.

Local assemblyman Fred Thiele agreed the company hasn’t always been upfront about its plans. Frustrated, he withdrew his support for the project earlier this year. But he said the company apologized, and today he’s back on board. He said he supports offshore wind because Long Island is trying to fight climate change.

Sea levels are rising. Some businesses in the area have been advised to pull back from the beach. Meanwhile, the population around here triples during the summer as people flock to the Hamptons, and throw on the lights and air conditioning.

“They are high-end luxury homes, and they are great users of energy,” Thiele said.

Retired teacher Debra Foster has lived in East Hampton since 1968 and campaigned to keep nuclear power away. But she’s all about wind power.

“My Lord, we are 100 miles offshore in one of the areas in all of North America that has the most consistent wind,” Foster said. “Use it! It’s made to order.”

“We’ve been doing it longer than anyone,” he said. “We have more experience than anyone. We want to get this right.”

Some locals are concerned about soaring electricity bills. But according to local utility Public Service Enterprise Group, the average residential homeowner’s bill will increase by about $1.54 a month once the wind farm is up and running.

Plummer said Orsted has made changes to past projects in response to community feedback. But local fisherman Al Schaffer is skeptical. He said the new industry of offshore wind could kill off an old one.

“It’s going to be destructive to the bottom where we fish and it’s going to hinder our abilities to make a living,” he said.

Schaffer said he doesn’t just dread the effects of the turbines’ installation. He’s worried about the miles of cable that’ll link the wind farm to the substation on shore.

“They’re going to run these giant power cords towards land and no one has any idea what’s going to happen when they run them towards land,” he said. “What’s that going to do to the migration of fish? Things like that.”

Public hearings on the South Fork Wind Farm will take place during the next few months. They are likely to be well-attended.