MARK AUSTIN THOMAS: Stories about possible steroid use by cyclist Floyd Landis raise some troubling ethical questions. There is some economic issues as well. David Carter is director of the USC Sports Business Institute. I asked him what’s going on here in terms of sportsmanship.

DAVID CARTER: Well I think the situation at hand really isn’t about Floyd Landis. I don’t even think it’s, for that matter, about Justin Gatlin or any of these other athletes like Barry Bonds. I think what’s going on now is a fundamental erosion in sportsmanship. And I think it’s really brought about an overall issue of . . . We should be looking at leadership in sports because there certainly is a void there. Whether that leadership void is coming from the Little League coaches or the parents that seem to be overbearing with youth athletics. Or even big-time sports. There seems to be a real problem with leadership. It may not be chronic, but it certainly seems to be prevalent these days and just the recent spate of sportsmanship issues seem to underscore that.

THOMAS: What do you think caused us to lose that? We obviously had it at some point.

CARTER: I don’t know. I think there certainly is a culture going on here that these athletes feel as though they might be above the rules and the regulations. I think they have traditionally surrounded themselves with yes people that have allowed them the benefit of the doubt. And I think maybe you add that up and some other things that are going on . . . Certainly the corruption’s not limited to athletics. We’re seeing it on corporate America. We’ve seen it in politics. And you wonder if it’s somehow just a reflection of what’s going on. But, it is very troubling and I think that if the industry doesn’t sort it out there are major problems on the horizon.

THOMAS: What can sponsors do about this?

CARTER: Well, sponsors are in a tough spot. It really depends on what they are sponsoring. If they’re sponsoring a property — for example, the Olympics — they may have a problem when the scandal is actually with the International Olympic Committee. Then again, you have athletes. The athlete endorsement world . . . these contracts all have morals clauses. So, there is recourse for corporations that are sponsoring athletes. So, it tends to run the gamut as to what the solutions are, what the available issues of recourse might be for corporate America.

THOMAS: I’ve gotta think the fans have some part in this. I mean, we’re always demanding that, you know, more home runs, more touchdowns, more this, more that . . . Does that play a role at all?

CARTER: I think . . . This is going to sound a little strange to say it this way, but I really feel that the fans have been complicit in all this. Over the years they’ve had an opportunity to speak out about this by not spending money, by not tuning in to sports, and they haven’t done that. And, in fact, I think what they’ve done is look the other way when it comes to accountability because they have liked the long home run, they have liked guys like Justin Gatlin becoming the world’s fastest man and shattering records. And I think they’ve looked the other way. And I think they’re a big part of the problem. And, ultimately, they’re the ones — maybe along with the government — that have the opportunity to resolve this.

THOMAS: Well, that leads to my next question which is, What role, if any, can the government play here?

CARTER: Well, the government, I think, is rather flummoxed by this whole thing. They have seen a lack of uproar from the fans. They have not seen corporations, by and large, step up and flex their financial muscle by pulling out a sponsorship or otherwise affecting cashflow in sports. So, I think they’ve felt as though it’s up to them to get involved and fix what they seem to believe is a problem in sports. 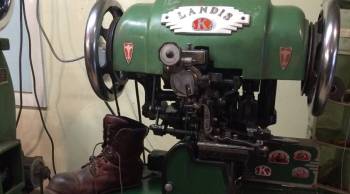 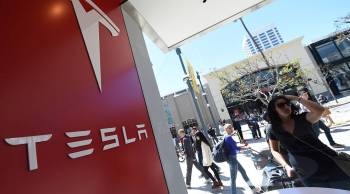