The push for plain talk

The push for plain talk

MARK AUSTIN THOMAS: Government gobbledygook, bureaucratic legalese, agency jargon be gone! Bureaucrats in Washington state are under orders from the Governor to do away with all that. They’re attending class to learn more. Austin Jenkins reports from Olympia, Washington.

AUSTIN JENKINS: It’s 8-o’clock in the morning and 30 Washington state workers have settled in for an all-day class on plain talk. Teacher Sharon Bridwell begins with a definition.

[ Sharon Bridwell teaching: “Plain talk requires using plain language or writing that the typical customer can understand and act upon after a single reading.” ]

Bridwell bounces between a Power Point presentation and easels where she writes plain talk tips like keep sentences to between 17 and 22 words.

The plain talk push in Washington state started last year when Governor Chris Gregoire issued an executive order. It requires all state agencies to write in clear language, short sentences and active voice. One agency that’s ahead of the curve is the Washington Department of Revenue.

Even before Gregoire’s order, the department decided to rewrite a tax notice sent to businesses. Communications manager Janet Shimabukuro reads from the old version.

JANET SHIMABUKURO:“We’re contacting you with this reminder because according to our records you have not recently reported any use tax on the combined excise tax returns and may have overlooked a tax obligation.”

Shimabukuro says a lot of business owners simply ignored the notice. That changed after it was reformatted as a personalized letter and rewritten in plain talk. Here’s the new version.

The results were dramatic. The number of businesses paying use-tax — that’s sales tax on products purchased out of state — tripled almost overnight. That translated to an extra $800,000 in tax revenues collected over two years. Again, Janet Shimabukuro.

SHIMABUKURO:“If we can bring in more dollars through voluntary compliance, rather than having to send out our auditors or our revenue agents to collect that money, oh it saves us a ton.”

This isn’t the only plain talk success story in Washington state. Recently the department of licensing rewrote a confusing letter. As a result phone calls to the department dropped by 32 percent freeing up seven full-time-employees for other tasks.

The plain talk movement in the US dates back to the post world war two era. Today more than half the states have some sort of plain talk requirement and the federal government maintains a plain language website.

Now, therefore, I Austin Jenkins in Olympia, Washington do hereby conclude this report for Marketplace.

And in Los Angeles, I, Mark Austin Thomas do hereby thank you for joining us. Have a great day. 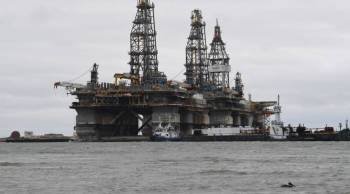