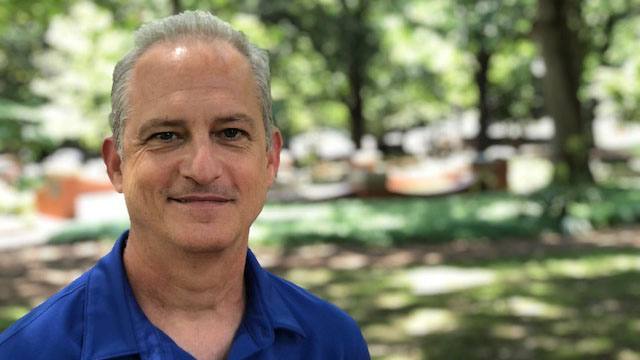 COPY
“We realized North Carolinians were going to be our best customer during this time,” said Wit Tuttell of Visit NC. Leoneda Inge

“We realized North Carolinians were going to be our best customer during this time,” said Wit Tuttell of Visit NC. Leoneda Inge
Listen Now

Tourism has taken a big hit during the pandemic. Travel spending across the country dropped 42% last year from 2019, according to the U.S. Travel Association.

The Joe Biden administration just announced that the U.S. will not lift foreign travel restrictions at this time. So places that usually count on tourists from overseas or far away are making a pitch to locals: Take a “staycation” instead of a long-distance trip.

In North Carolina, tourists have spent nearly $30 billion annually in recent years, but that dropped by $10 billion last year. So the state has gone in a different direction, said Wit Tuttell, the executive director of Visit NC.

“We realized North Carolinians were going to be our best customer during this time,” Tuttell said. “We realized very quickly, during the pandemic, people were looking for short, quick getaways, staycations — not really long vacations.”

Usually, about 40% of visitors to destinations in North Carolina are state residents, Tuttell said. But in 2020, that number was more like 60%, according to Tuttell.

Visit NC debuted a video campaign last summer that it’s still using, one aimed at local residents because people are itching to get out of the house.

“We’re open for business, but we’re all in this. It takes each one of us, so your help would be a plus,” the musical jingle goes. “Traveling, shopping, ordering a panini, you can count on me, NC.”

Sharon Harrell felt safe enough to see the traveling Harriet Tubman Underground Railroad statue this spring, outside the Historic Halifax museum. She wanted to catch it before it moved to its next stop in New York.

Sharon Harrell lives about an hour from the historic site, but sister-in-law Vanessa Harrell, who joined her, lives in Charlotte, almost 250 miles away.

“I’m loving seeing it, and thanks to my sister-in-law for telling me about it,” said Vanessa, who added that this was one of her first big outings since the start of the pandemic.

The state is counting on residents to take more daytrips like this one. The state considers it tourism if it involves traveling at least 50 miles from home.