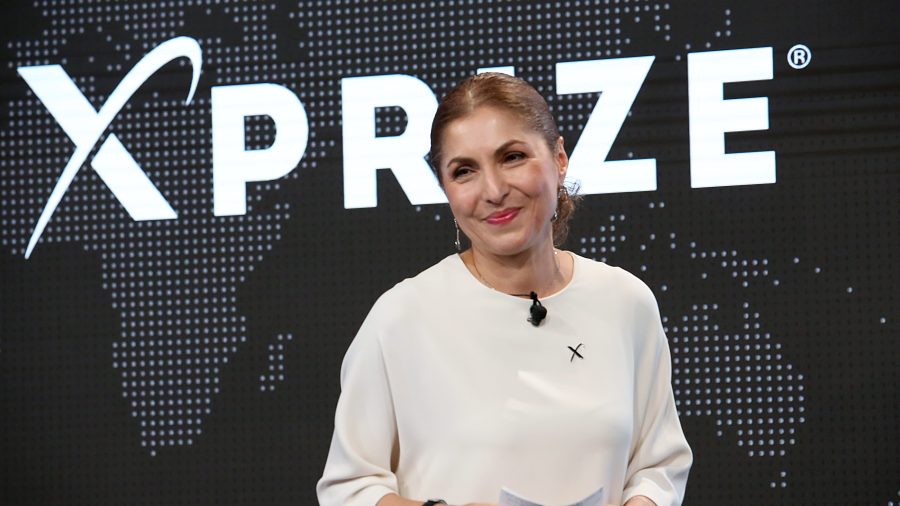 To solve big problems, sometimes you need a contest

Ninety-four years ago today, Charles Lindbergh took off from New York for Paris on the first solo non-stop flight across the Atlantic. One of the reasons that happened was $25,000 in prize money. The Orteig Prize was one of the inspirations for the modern XPrize, an award given to people solving big problems. The latest prize up for grabs is funded by Elon Musk, who has committed $100 million for a carbon removal technology that can combat climate change.

Musk’s own SpaceX was likely inspired by the first ever XPrize, which the mid-90s offered $10 million to whoever could build a privately financed reusable spaceship. I spoke with Anousheh Ansari, the CEO of the XPrize Foundation, who says that the first prize created an industry. The following is an edited transcript of our conversation.

Anousheh Ansari: It’s very easy to look at how many commercial space companies existed, how much funding was going to them. As an entrepreneur, when I look at it and see how this $10 million brought in $100 million into the teams who competed and now I look at the industry that’s been created, and the level of activity, I think we can clearly draw a line that will show an exponential growth because of just changing the mindset, and changing what was believed to be possible, through this competition.

Molly Wood: Well, it’s so interesting, because $10 million is, of course, a lot of money. But in terms of seeding an industry, it’s really not, right? If you had invested $10 million with a single company, as opposed to planting it as a seed and letting all these flowers grow, you wouldn’t really have an ecosystem.

Ansari: Absolutely. With a competition, you basically don’t give the money to anyone until they show you that they have the solution. So you’re guaranteed a solution before you spend the money. So, what better way to really get what you want? And I think it’s a beautiful model, especially when you have problems that are complex, and where innovation has been stagnant and competition can really change the game in those situations.

Wood: Tell me how you decide what should be a prize. Most recently, Elon Musk is providing $100 million for a prize focused on carbon removal, Google has put up money for one on lunar spaceflight, the Barbara Bush Foundation put up money for adult literacy. Do the funders determine the prize, or does XPrize also help sort of shape the direction?

Ansari: The prize design is done by XPrize’s internal team. Our work right now is in three main domains. Our equity domain, which is access to clean water, food, nutrition, health, education. And then beyond that, we look at the environment, which is looking at our ecosystem and making sure that our impact on it is not damaging, so creating a sustainable life for us and for the rest of the species on this planet. And the last one is more aspirational, which is looking at exploration and that desire for expanding our knowledge and understanding of the world.

Wood: XPrize really sets the agenda, and then you find someone who is aligned who would want to fund a prize?

Ansari: Yes, we look for sponsors who have a mission that aligns with our work in any of these areas. And as everyone has pivoted and evolved with the pandemics, we’ve also added a new layer to that. So we are working toward a set of conversations around each one of these topics, and coming up with top 10 ideas in each area with our expert community. And then [we] put those ideas to vote by reaching out to the general public.

Wood: It sounds like a collaborative process that involves a lot of voices. There’s been a lot of conversation about philanthropy, billionaire philanthropy in some cases, guiding the values of society. Certainly, XPrize has a huge potential impact if you can create an entire industry with one prize. How important do you think that collaborative process is to being a little bit of a check-and-balance, in terms of your impact?

Ansari: The whole concept of the competition is about democratizing innovation, to bring different ideas from across the world to solve the problem. So we need to make sure that we do that at the core of our own work. And the result is that we see teams who come to compete — they are competing, but also, we see the teams even collaborating with each other, sometimes, to win the prize. And we help foster that through introducing teams together, if we see one is advancing in one area and another team is advancing in a different area and by combining their effort, they can actually have a higher chance of winning.

Wood: Let’s talk about this newly announced prize, the $100 million XPrize for carbon removal. There are those who say that by focusing on that we’ll lose sight of more sustainable goals, like reducing emissions. What made you decide that this was still worth pursuing at a really high level?

Ansari: Even if we start transforming our industries to all these types of approaches and solutions, we still won’t be able to do enough in time to get to the 1.5 [Celsius] degree goal mark that we have. And frankly, as long as the way we take the carbon out of the atmosphere is efficient, cost-effective and it achieves the end result, I think that’s more important than philosophical disagreement over the approach. And that’s what we’re aiming to do with this competition.

Wood: Tell me about the nuts and bolts of designing a competition. Who are the judges?

Ansari: In the design process we create a brain trust and a group of experts. And we look into the future and try to imagine if this problem was solved, what would that future look like? And then from that point, we work backwards to understand what are some of the barriers that are not allowing us to reach that future. We try to basically pull that future forward and accelerate those breakthroughs, basically, to happen faster. So we can both shape the future that we end up with, and also get to that future faster. We always use third-party judges, so no one inside the organization actually is part of the judging panel.

Wood: And how do you decide on the time horizon?

Ansari: It’s part of the prize design. We do extensive interviews with people who are working on these types of breakthroughs. Again, the researchers who’ve been looking at the field and understand what needs to take place. It’s not an exact science, to be honest. At the end of the day, we look at something that’s audacious, but achievable.

Wood: Finally, I wonder how important is the money? Certainly some of the prizes have gotten bigger — this carbon removal prize is very big — but is that really the motivation, do you think, at the end of the day?

Ansari: It’s not the only motivation. But I think we also look at the prize first to make sure that it’s sort of proportionate to the level of effort and the investment by the teams in designing and building the prototypes and winning the competition. So if we put a $1 million prize for someone who needs to build the $50 million hardware, that will hardly move the needle for them to decide to compete. But if they can recover most of their investment if they win the prize, then that becomes a different equation. So that’s the balance we try to achieve. I mean, even if you look at the Ansari XPrize, the team that won the competition was funded by Paul Allen to the tune of $30 million to win the $10 million prize. So the prize reduces the investment and the risk that the teams are taking to build the technology to win the prize.

Correction (May 20, 2021): A previous of this story misstated the day Charles Lindbergh completed his transatlantic flight. The text has been corrected.

Here’s more reading on the relationship between the Orteig Prize that Lindbergh won and the XPrize. There are other similar, older prizes, like one for a human-powered helicopter capable of vertical takeoff and landing. Over a period of about 30 years, the prize money went from $20,000 to $250,000. That prize was finally won in 2013.

Elon Musk’s $100 million XPrize will be split up into various time-based milestones and among different groups, with the biggest pot of $50 million to be awarded to the first place winner in four years. Most experts agree we need to get to net zero carbon emissions by 2050 in order to avoid catastrophic warming. A lot of climate targets build in some kind of carbon capture technology which, as we discussed on this show a few weeks back, doesn’t exist at scale yet. So hopefully this is the kind of XPrize that will kickstart an entire very urgently needed and fast-moving set of efforts. 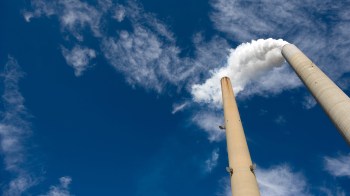 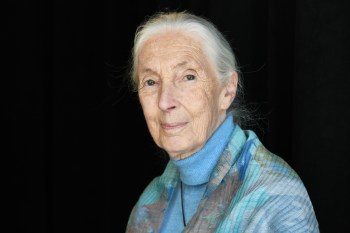