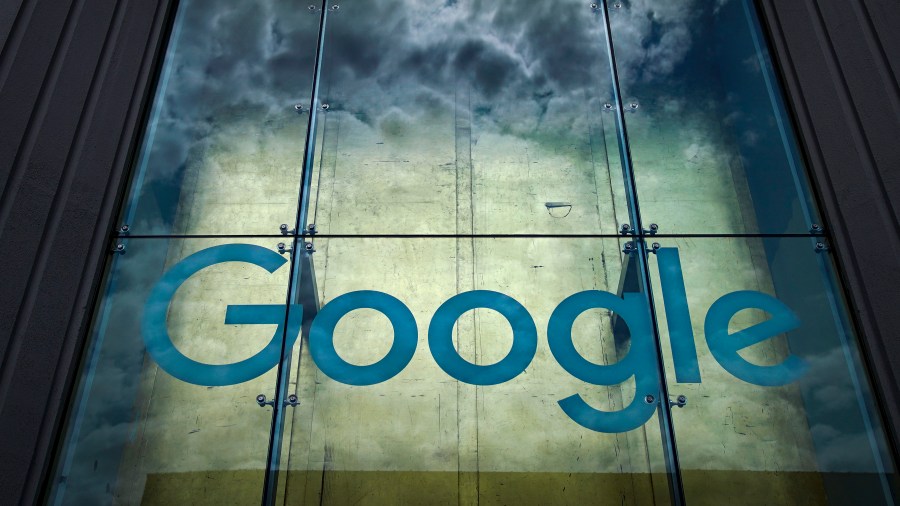 State attorneys general are looking into whether the internet giant has practiced anti-competitive behavior.
Listen Now

This week, attorneys general from 48 states, the District of Columbia and Puerto Rico announced they’re joining forces to investigate whether Google has engaged in anti-competitive behavior. Some of those AGs are also part of another investigation into similar questions about Facebook.

The Google investigation will be directed at how the company’s search and advertising operations may inhibit competition. The AGs are coming from both sides of the political aisle — remember bipartisanism? And there are already other inquiries underway at the federal level — Congress, the Federal Trade Commission and the Justice Department.

I asked Steven Overly, who reports on tech policy for Politico, to give me a sense of what the stakes are and what states will be looking for. The following is an edited transcript of our conversation.

Steven Overly: One of the defining metrics for anti-competitive behavior in the U.S. is how it impacts the consumer. Often that has been translated into a question of are consumers paying higher prices as a result of anti-competitive behavior? That’s trickier to measure with Google, because most of us pay nothing to use Google. At least that’s the conventional thinking. The argument that you’ve heard from some of these attorneys general is that they feel Google has a stronghold on digital advertising. Meaning if you want to place ads online, you have very few options beyond Google to go to. As a result, these companies pay higher advertising prices, and they pass those prices on to the consumer.

Jed Kim: If the states’ attorneys find that Google and Facebook did break antitrust laws, what happens? What can they do?

Facebook or Google might have to sell off a piece of their business or break off into two businesses.

Overly: One common outcome of these investigations is to require the companies to change their business practices and perhaps submit to an outside review to ensure that they have made those changes. Another approach could be to break up these companies; for example, Facebook or Google might have to sell off a piece of their business or break off into two businesses. That’s a pretty heavy undertaking. There’s not been a ton of success with that in the past, except for AT&T. While these investigations are being announced, and they’re getting a lot of attention, I think it is a very difficult legal road ahead for these enforcers if they’re going to force change at these companies.

Kim: When might we see results of the investigation?

Overly: If this investigation continues to mature and becomes a legal battle, we’re likely looking at years of that playing out. Right now, I think it’s clear these investigations are in the information-gathering stage. They’ve not quite made any conclusions yet. I think you’ll start to see, soon, companies coming forward who haven’t already done so to make complaints against these companies and how they run their business. I should add that already you’re seeing some antagonists emerge, for example, Yelp. The review site has long been critical of Google and complained that they engage in anti-competitive behavior. News publishers have also long had complaints against Google and claim that its advertising business has damaged their industry. Those industries have already started speaking out, and I think you’ll start to see more as these investigations mature.

The AGs aren’t wasting time. They’ve already subpoenaed Google, asking more than 200 questions and demanding records. The Wall Street Journal says some of the information requests get at what I just mentioned about the intent behind some acquisitions — like the buying of DoubleClick, AdMob and Admeld Inc. Those are companies that helped build Google’s ad business.

The only states’ attorneys general who are not yet part of the investigation into Google are those from Alabama and California. The latter’s absence is notable, considering that it’s a massive state, home to Google, with lots of resources and an attorney general’s office that’s built a strong antitrust team. Xavier Becerra, the state’s attorney general, hasn’t said why, just that there’s a need to protect “ongoing and potential investigations.” The Los Angeles Times points out that Becerra’s political campaigns received close to $40,000 from Google-related entities. But then, there are a bunch of other theories, too. The Times reached out to get the opinions of a lot of experts.

I alluded to the many acquisitions Facebook has made of other companies. It’s hard to know what the exact number is. The Wall Street Journal says it’s around 90. TechWyse puts the list at just above 70. And TechWyse has made an infographic of 15 years of Facebook’s shopping, starting with AboutFace, which went for $200,000, and going through to Grokstyle last February. Price tag unknown.