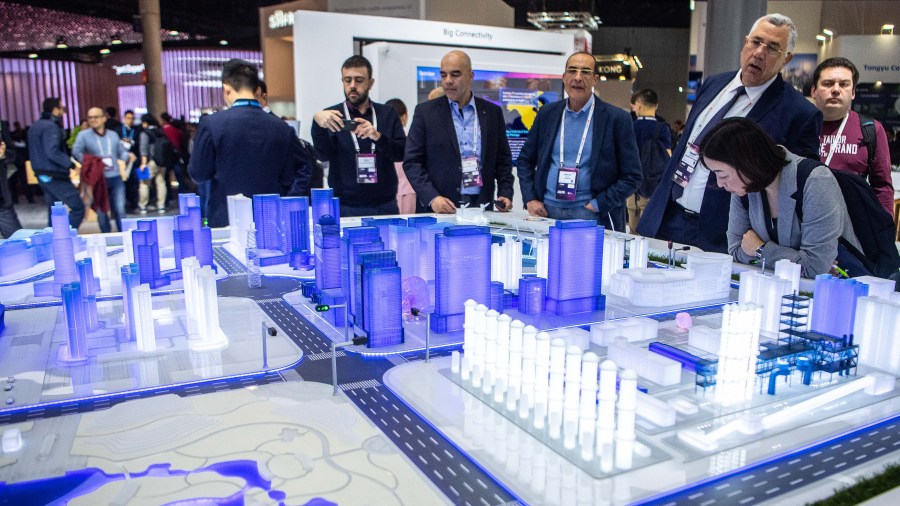 Backers say collecting data about how we move and interact through a city can help shape high-tech services, like robots to pick up trash. But privacy concerns have scuttled several projects.
Listen Now

Backers say collecting data about how we move and interact through a city can help shape high-tech services, like robots to pick up trash. But privacy concerns have scuttled several projects.
get the podcast
get the podcast

Early in the pandemic, Sidewalk Labs — an offshoot of Google — announced it was shutting down a big project in Toronto called Quayside. It was meant to be a testing ground for smart-city concepts, a hyperconnected neighborhood from the ground up, with things like an underground network of package-delivery robots.

But even before the pandemic, Quayside ran into the same problems that have dogged smart-city projects around the world.

Shannon Mattern wrote about them in her new book, “A City Is Not a Computer: Other Urban Intelligences.” She’s a professor of anthropology and design at the New School.

Mattern told me that optimizing cities for connectivity often means giving up privacy. The following is an edited transcript of our conversation.

Shannon Mattern: So in order for something to be a “smart” environment, you have to have these really macro-scale levels of connectivity between technologies. You have to have smart buildings with biometric recognition systems, automated building-management systems. And then at the level of the private, kind of, domicile, the private home or apartment, you have all kinds of sensors and probably cameras to provide for security, for environmental control. And then at the microscale, we have sensors all over our bodies, you know, our smartwatches, our smartphones. All of these things are talking to each other. And yes, that does present a lot of conveniences that are very exciting to some people, but also a lot of concerns about privacy, about what happens to the data, about the commodification of human beings, kind of their transformation into walking datasets.

Meghan McCarty Carino: Automated technology like this is often sort of proposed as a way around human biases and inefficiencies. To what extent is that the case?

Mattern: Well, yes, that is another one of the ways that smart cities and other types of automated governance are sold, is that we want to somehow find a way to circumvent the messiness, the slowness of bureaucratic systems that are powered by people with biases and who are prone to error. Yes, it would be great to maybe automate some of the more mindless aspects of a lot of bureaucratic operations. At the same time, sometimes those frictions are really what makes democratic processes democratic. If we were to essentially just have an algorithm determine all types of new policies, or make all kinds of new design decisions, we lose the opportunity to have really valuable public discussions about what matters and doesn’t. We can understand and ask questions that we wouldn’t think to from our own subject positions.

McCarty Carino: Our understanding of what a smart city would be is flowing from the tech world, which has its own problems, right? I mean, we’ve seen with the application of many technologies that who is designing it has a very big bearing on how it affects the world.

Mattern: Absolutely. This was something that some students and I, when we took a field trip to a notable smart-city development area, some of the tech developers there were kind of proposing their utopian visions to us. One of which was, you would step out of your luxury apartment building, the Uber would be waiting for you, and all of a sudden, a drone would drop from the sky with an iced Americano and deposit it in your hand. Just the idea that this was somebody’s idea of a perfect urban future, it tells you a bit about who is doing the imagining and who’s developing the technology and who’s left out of those imaginaries.

McCarty Carino: Do you think that “smart” is the best descriptor to describe these projects?

Mattern: To be honest, the “smart” terminology is incredibly annoying to me. It’s ubiquitous. It’s used to mean so many different things. But I also think that’s a reductive term. If we think of smartness as something we’re aspiring to, it’s a very different, narrowly conceived model of intelligence and knowledge. So, smartness is something again that can be datafied, shown on a dashboard, and they can be optimized. There are so many other, different types of wisdom, knowledge, indigenous ways of knowing, community understandings that don’t lend themselves to those ways of knowing — they can’t be turned into smartness.

You can read an excerpt from Shannon Mattern’s book here.

We mentioned the now defunct Quayside project in Toronto. According to Smart Cities Dive, Toronto is seeking ideas to redevelop the site with hopes of building affordable housing there. And earlier this year, Portland, Oregon, also dropped its own Sidewalk Labs-esque project after disagreements over handling data privacy.

One place that seems to be embracing the concepts: China. According to an article by Dave Yin at Protocol, policy documents show a push to streamline governance by connecting troves of personal data from citizens and using artificial intelligence to automate things like law enforcement. The directive comes as Beijing cracks down on private tech companies for doing much the same. 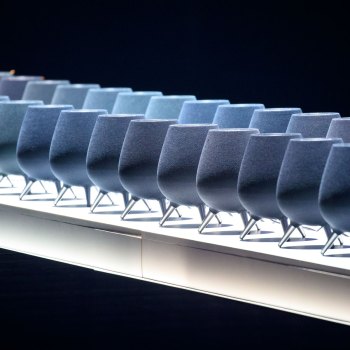 Do we have to call it the “internet of things”?