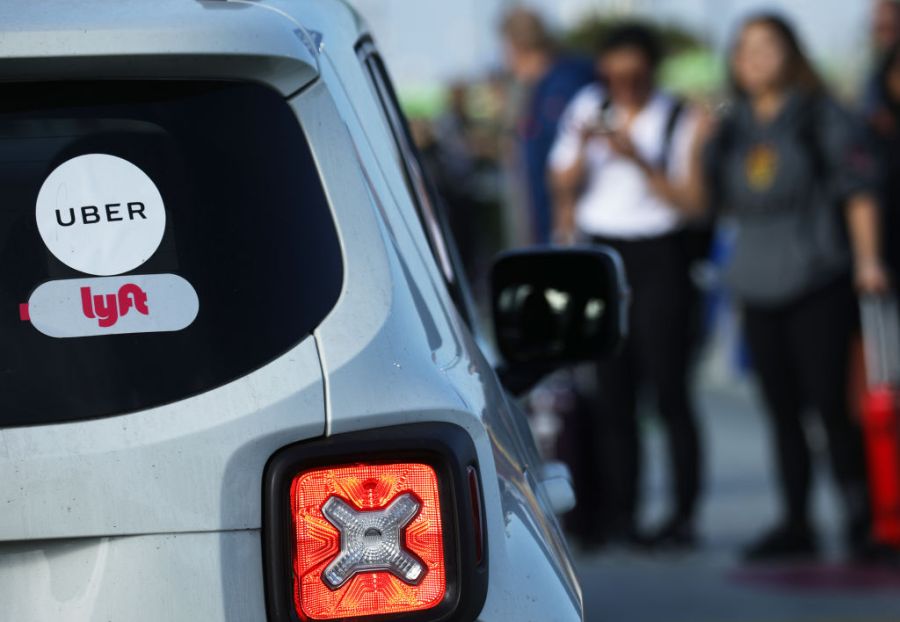 Some want to remain independent contractors, others wish to become employees.
Listen Now

This month in California, voters approved Proposition 22, a ballot measure that says drivers for apps like Uber, Lyft and Instacart will remain independent contractors, not employees.

Those companies spent nearly $200 million on a marketing campaign supporting Prop 22. The campaign ads, like this one from Lyft, said the measure would actually be good for workers, because it comes with a wage floor and health care benefits for some. The companies also said if drivers were employees, they would lose their flexibility and not all would be hired.

Prop 22 requires companies to pay drivers at least 120% of minimum wage, which in California in 2021, would be over $15 an hour. But a study from the University of California, Berkeley says that number doesn’t account for a lot of things. Workers won’t be paid for the time they spend driving around, in between passengers, or reimbursed for things like gas, for example. Once you add in those and other costs, the wage floor would be over $5 an hour, according to the study.

Gig drivers in California and around the country have mixed views on the new law. We talked to some of them.

Mike Colvard, in Fresno, California: I voted for it, because I don’t want to be an employee. I like doing it as an independent contractor. Make my own hours, work when I want to work.

Karen Reincke, in San Antonio: I’m glad it was approved. One of the best things I like about this is the flexibility of it. And it would have taken away a lot of those flexibilities.

Evan Marquette, in Los Angeles: The main thing that they said in the ads was, “Do you like having your independence and your ability to choose your own shifts?” Well, guess what? If they were required to classify us as employees, it doesn’t mean you couldn’t choose your own shifts. It’s a fallacy.

Sharon Goen, in Las Vegas: I wish that we could bring both sides to the table, you know, because obviously, we’re treated like employees, but we’re not paid like employees.

Reincke: Would it be nice for them to set up maybe a 401(k) or retirement plan? Sure. But I wasn’t really contributing to that in my other jobs.

Colvard: From this outcome, maybe they are guaranteeing that no matter what, you’re going to make so much money per ride or per hour or however they figure it out.

Goen: Gig work has gone on for so long without any parameters, any rules, any laws, and it’s just gotten out of hand. You know, I will not get up and start my car for less than $20. I won’t. I live in Las Vegas where it can get to be 120 degrees. And they want me to go and shop for somebody and drive, say, five miles, and they want to pay me $7 for that? It’s like, no. I mean, no. But, you know what? Somebody will. That’s the thing, somebody will, and they know that. So they don’t have to pay more.

Reincke: Sick leave. That one would be nice. But, you know, I’m not going to kill myself if I don’t get it. And my independence is [worth] a lot more than that.

Some more fine print on Prop 22: The law requires companies to offer a health care stipend to drivers who put in at least 15 hours of time on a particular platform. Which gets complicated fast. As anyone who’s ever seen an Uber driver roll up with a Lyft sticker in the window knows, drivers often work for several platforms.

If you want to learn more about Proposition 22, which passed with 58% support from California voters, Ballotpedia has a really thorough breakdown, including who was for, who was against, and their arguments. Some of them are obvious. Some less so. Helen Witty, president of Mothers Against Drunk Driving, argued for Prop 22 because she said it would allow ridesharing apps like Uber and Lyft to exist, and they play an important role in keeping drunk drivers off the road. On the other side, Michael Tubbs, the mayor of Stockton, California, argued against Prop 22. He said it undermines the cause of racial equity because it leaves the state’s drivers, many of whom are Black and brown, without benefits like sick pay, workers compensation, and unemployment insurance. On that note, a story from Marketwatch talks about the role race played in the fight for and against Prop 22.

As for the future, Proposition 22 only applies in California, but after it passed, Uber CEO Dara Khosrowshahi said the company is hoping for similar laws in other places. And that going forward it would “more loudly” advocate for them. Because spending more than $50 million, Uber’s contribution to the Prop 22 campaign, is restrained, apparently.